The relocation of Roc-d’Or also marked the development of Malartic. In 1943, houses that were not demolished were moved to vacant lots, which suddenly altered Malartic’s landscape.

The 1950s marked the beginning of a prosperous era for the city. The mining industry was doing well and a lumber operation began in South Malartic. Several other services were established during the following years such as:

City Hall of Malartic and Coca-Cola bottling plant in 1952.

In the early 1960s, the local weekly newspaper Le Courrier de Malartic wrote about community life. It stopped publishing in 2005.

In 1965, the City’s recreational committee created a sub-commitee that supported the initative of citizens to provide the community with a modest library.

First established in the Knights of Columbus Hall, the venue’s popularity, repeated fundraising campaigns, and requests to local authorities, lead to the officially opening of Malartic Municipal Library, in a spacious room on the second floor of the Post Office on March 20, 1967,

In the 1970s, the City Council tried to diversify its economy by exploring its potential as a touristic destination. As a result, the Mining Museum, an outdoor facility at Lake Mourier, and a campground, were established. These facilities were in addition to those already in existence at the time, including: a tourism information centre, golf and curling club, and an arena. 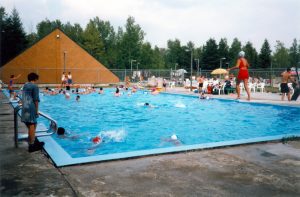 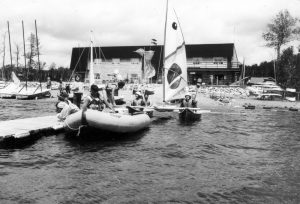 First Gold Rush: Tragedy at the East Malartic Mine Years 1980 to 2000: Recovery Efforts in a Fragile Economy