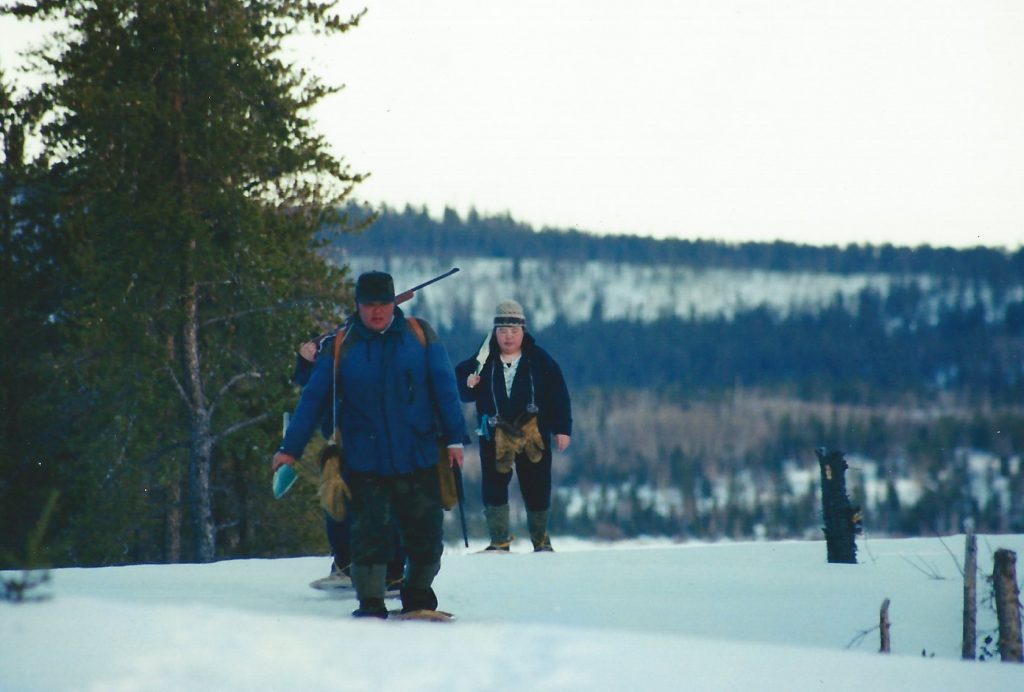 The late Sinclair Mayappo hunting with two of his daughters, 1996.

In the past people used to travel around in the winter time, trapping and fishing, and they rarely stayed in one  place. As they travelled around they would name the different places they saw. Their children continued the naming process. That’s how most of the places got their names.  Some of the fishing spots, even though people hadn’t seen the spots yet they would still know them because they had heard the elders talk about them. They would travel to these places when food became scarce.

This is how the late Sinclair Mayappo explained the close relationship we have with Eeyou Istchee (our land).

Since long ago, our children have learned about the land from stories told by their elders around the evening fire. The teachings in those stories help children to become strong hunters who can survive well on the gifts of the land. 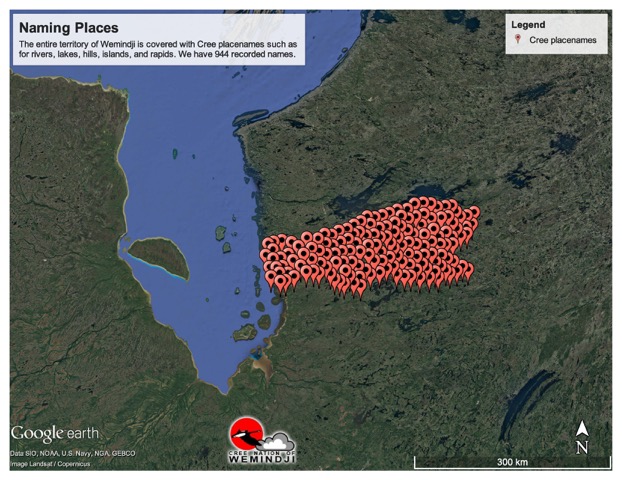 The orange markers on this map indicate named places of Wemindji territory- lakes, camping places, rivers, rapids, hills, and bays. Recently we have been mapping and recording the stories of those named places.