Bulldozers working on the roadbed for the James Bay Highway made really loud noise.  We were at our camp and we could hear them all the time, says Norman Gilpin.

Starting in 1971, the Highway was built over 620 kilometers of  muskeg, rock, and forest. Designed to supply Quebec’s enormous hydro-electric project, the Highway connected southern Quebec to Radisson, Hydro-Quebec’s construction center. The dams and dykes diverted and changed many of our rivers. Vast portions of Eeyou Istchee were flooded, radically changing Eeyou land and Eeyou life. 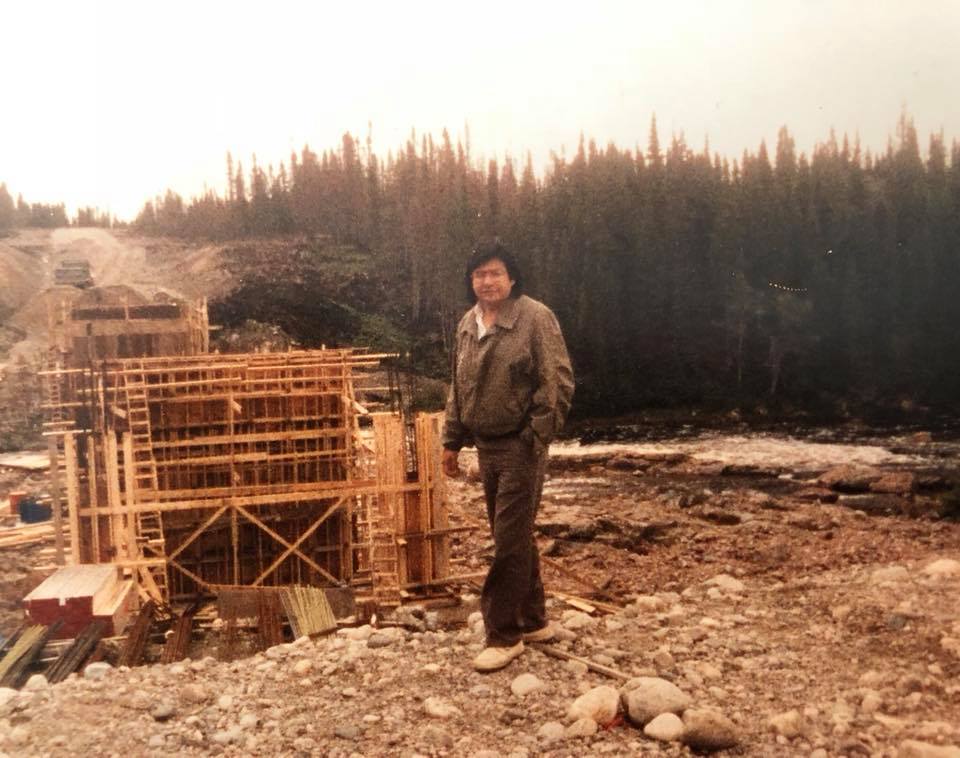 Wemindji,  almost 100 km west of the James Bay Highway, had no link to that highway at first.  A winter road was built in the 1980s for heavy trucks, but Wemindji people could not drive to the other Cree communities and points south until 1996 when the Access Road was completed.

Since 2007  John William Natawapineskum has been grading and plowing the Wemindji Access Road. 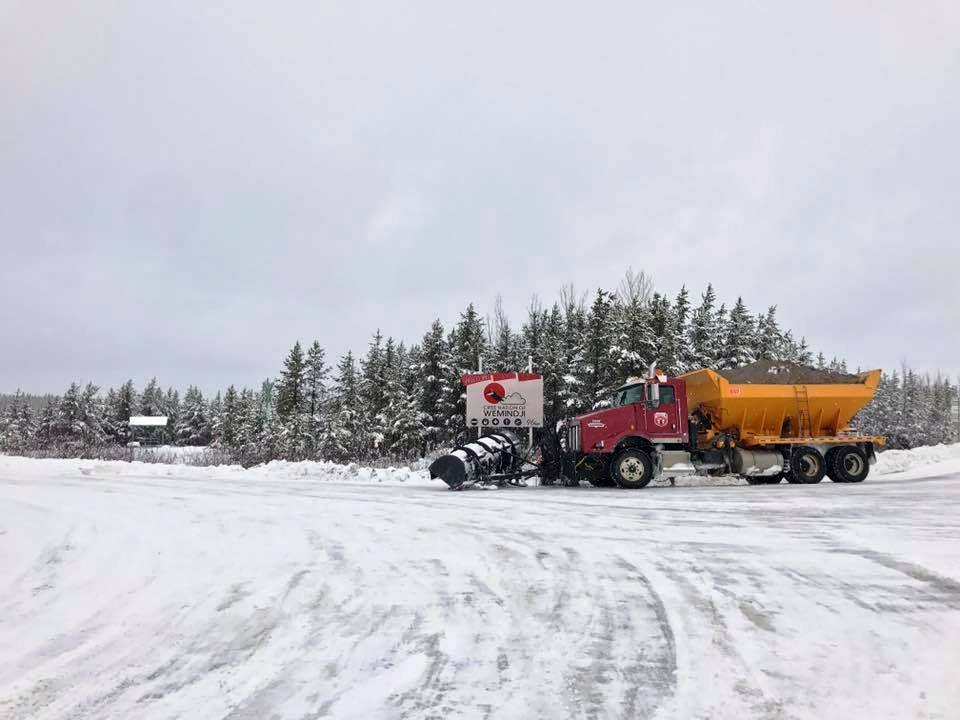 Snowplow at the junction of the James Bay Highway and the Wemindji Access Road.

We maintain it all the way to the Highway, so you can travel safely in almost any weather.  In winter I call the Matagami Gate (south end of the James Bay Highway) with a daily update on road conditions for drivers heading north.

I pick up tires and trash along the road, all kinds of things, I even found a TV once,  he chuckles. Watching the seasons change is one of the job’s perks. I see all kinds of animals:  wolverine, lynx, bear – and sometimes their cubs, rabbits and their babies, geese walking across the road, and lots of white birds (ptarmigan). 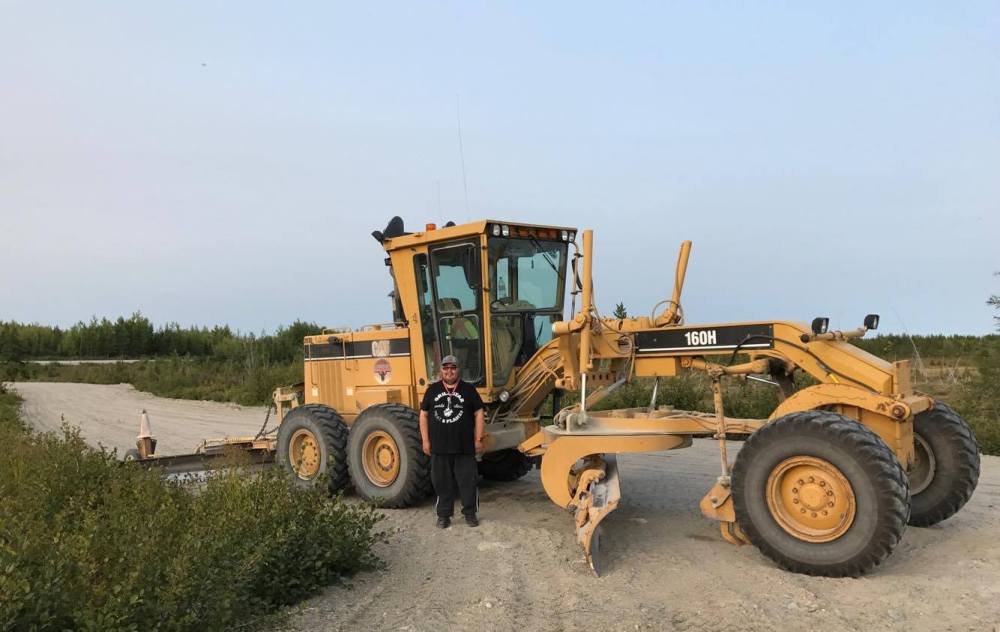 John William stands by the grader at Km 48 on the Wemindji Access Road, 2017.

A Changing World On the Road: Frank’s Story