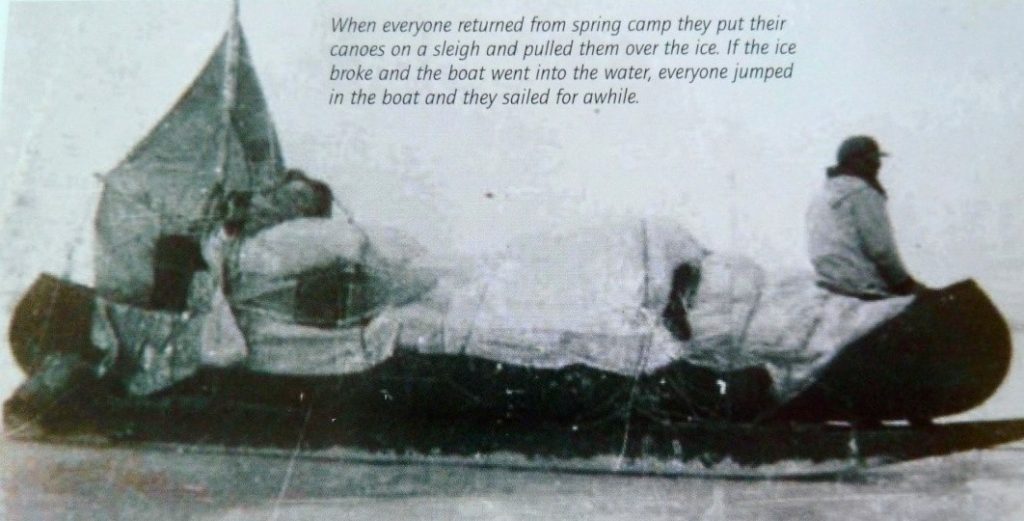 A loaded canoe on a sled heading out on the frozen Bay in spring.

When we traveled by canoe, we started at Old Factory on the coast, and traveled upstream.  After we got to Old Factory Lake, we went East to our camp.  We spent another night on the way after a full day of travelling.  When we got to our camp, we stayed there for a few weeks for fishing.   When we went back, we went to the lake and then we took just one day to paddle home to the coast down the river.  We started down the river early that morning, stopped twice on the way, and we got to Old Factory by dawn. That was a long day.

These are some of Elder John Shashaweskum’s memories of a very long river journey back in the 1950s.

The Old Factory River was our main route, a 90 km “highway,” to and from the coast.  Families paddled up river to the lake and then further to fall and winter camps returning in summer to summer fishing camps on the coast. Long ago the men brought their furs downriver to trade at the Hudson Bay posts. They brought supplies like flour, tea, and ammunition back to their family camps. In the 1930’s some people began to spend longer periods of time near the Hudson Bay Company post and Oblate mission at the mouth of the River, although they still travelled to the hunting territories. In those days one of the men would take a sled and dog team south from the post all the way to Moose Factory (~350 km) to fetch mail, news, the doctor, or visitors. Supplies came in by ship in the summer. 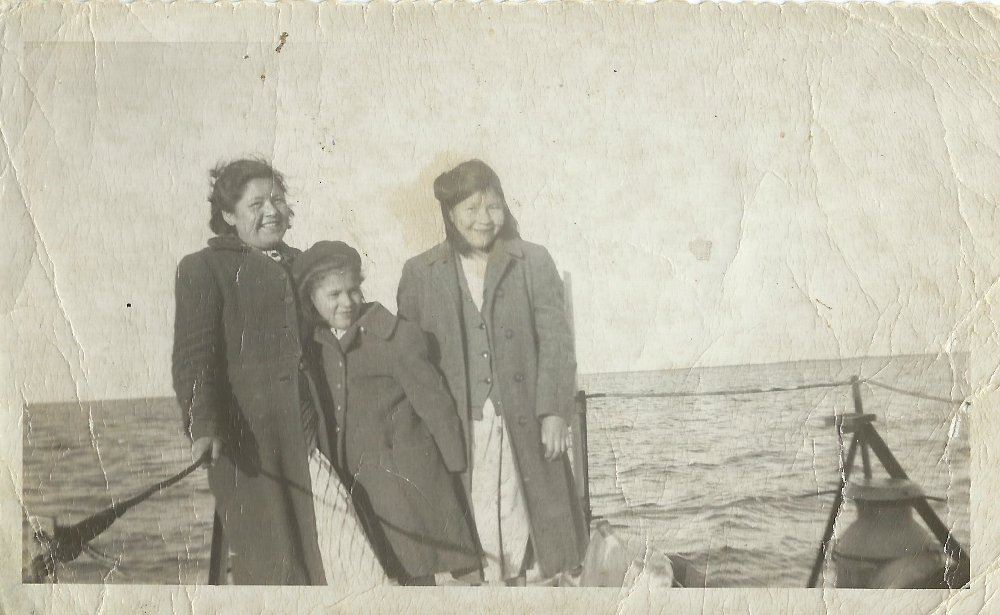 First Steps Only Their Legs and Their Snowshoes