What most people don’t know is that Chilliwack had not just one Chinatown, but two. 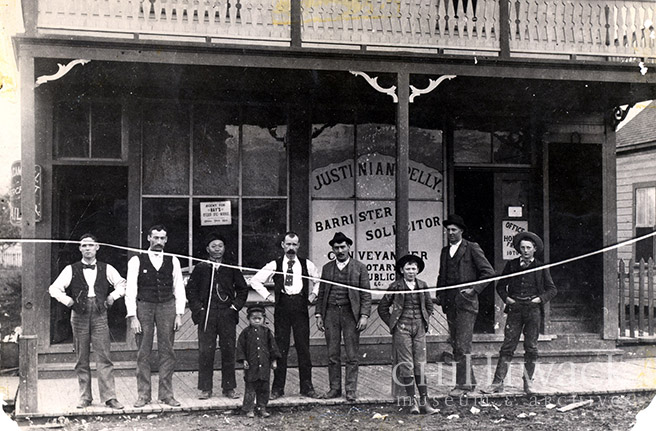 From the 1880’s to the 1930’s, two distinct neighbourhoods known as Chinatown North and Chinatown South emerged in Chilliwack. During their heyday, these thriving communities contained a dozen large two-story buildings stretched out between boardwalks and balconies.

Learn about Chilliwack’s Chinatowns from a 1983 interview between Penny Lett of the Chilliwack Museum and Historical Society and former nurse Gwendolyn Morey (McCutcheon) Land:

After a series of destructive fires (suspected arsons) destroyed the majority of businesses and settlements in Chilliwack’s Chinatowns between 1921 and 1934, most of the Chinese community left the area. To this day, no landmarks or historic structures pay tribute to the previous existence or contributions made by Chilliwack’s first Chinese residents.