Chinatown North was Chilliwack’s first Chinatown. Located in downtown Chilliwack around the Five Corners intersection, Chinese merchants began operating businesses in the area as early as 1882. Over the next two decades, the Chinese community grew and established businesses that offered the local populations a variety of goods and services. From groceries and restaurants, to laundry services and boarding houses, Chinese-operated businesses expanded north along Young Street. 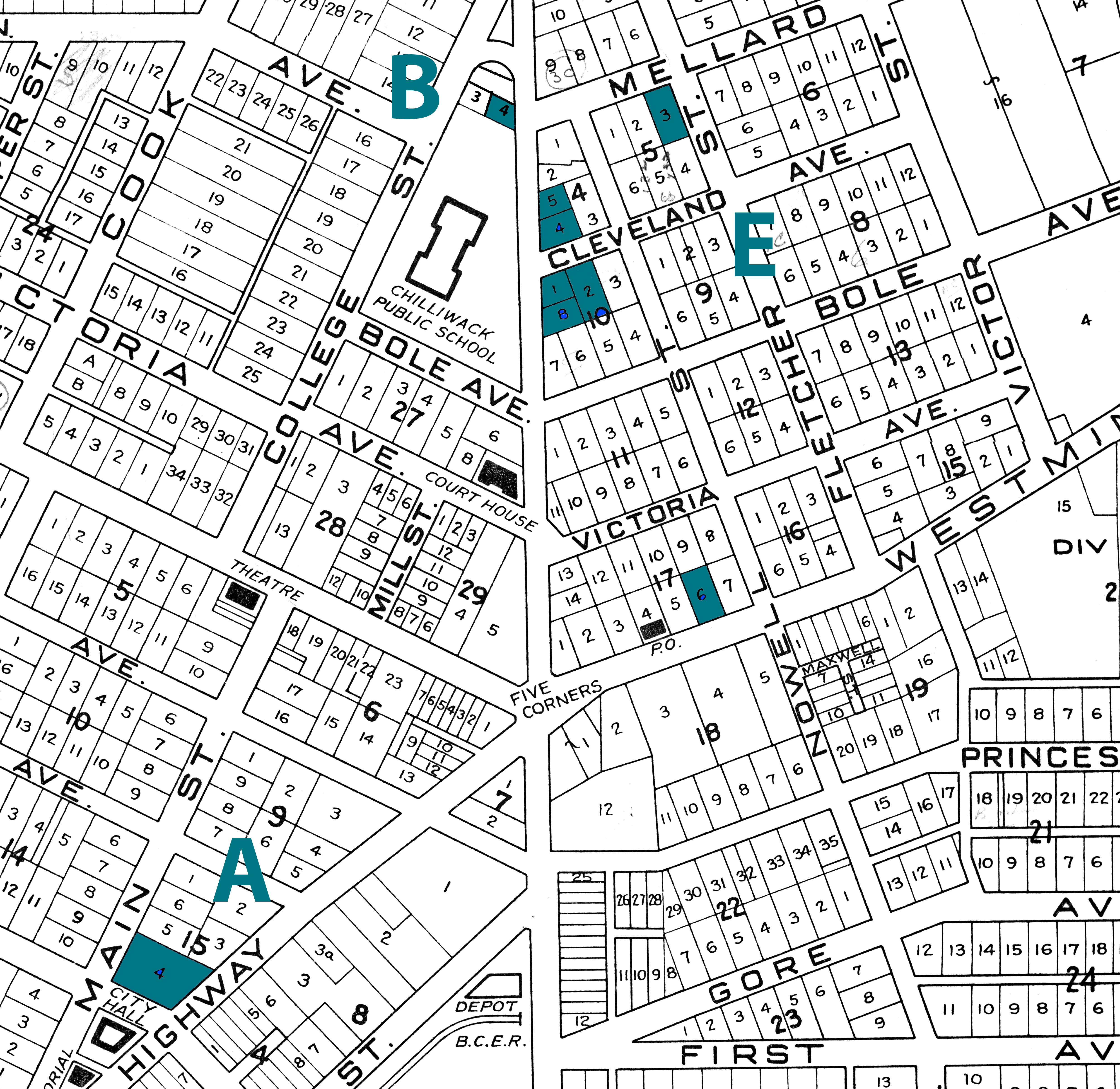 Map altered with teal coloured letters and lots to show ten businesses, including a general store, owned by Chinese merchants in downtown Chilliwack in 1920.
Chilliwack Museum and Archives, Map 132.

These businesses, established by merchants such as Young Duck Let and Ng Shai Han, were based out of narrow, wood-framed buildings. The area became a thriving centre for Chilliwack’s Chinese community and soon, a distinct neighbourhood, Chinatown North, emerged. 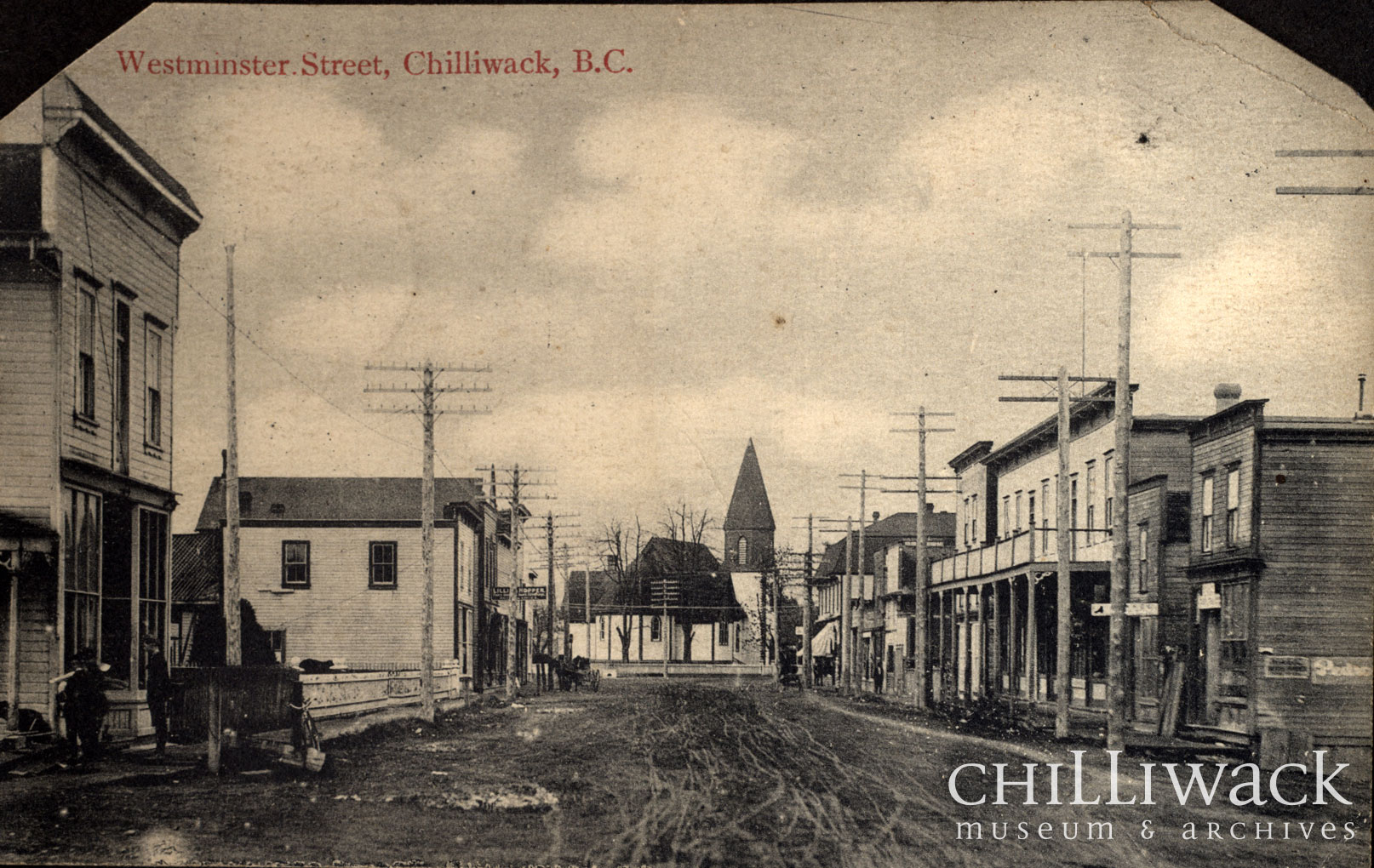 In 1886, Tom Lung Tai opened the first recorded Chinese-run laundry in Chilliwack and his employee, Fook Yuen Ah, did laundry for “half the town” according to The Chilliwack Progress in 1898. Shops opened by Chinese migrants often involved low initial investment and could employ many Chinese labourers at low cost while the growing Chinese population provided ready demand for their services.

A devastating fire in Chinatown North in 1921 resulted in the deaths of three people and the destruction of various Chinese shops. As a result of the fire, many Chinese residents left Chinatown North and shops belonging to impacted Chinese entrepreneurs were not rebuilt. 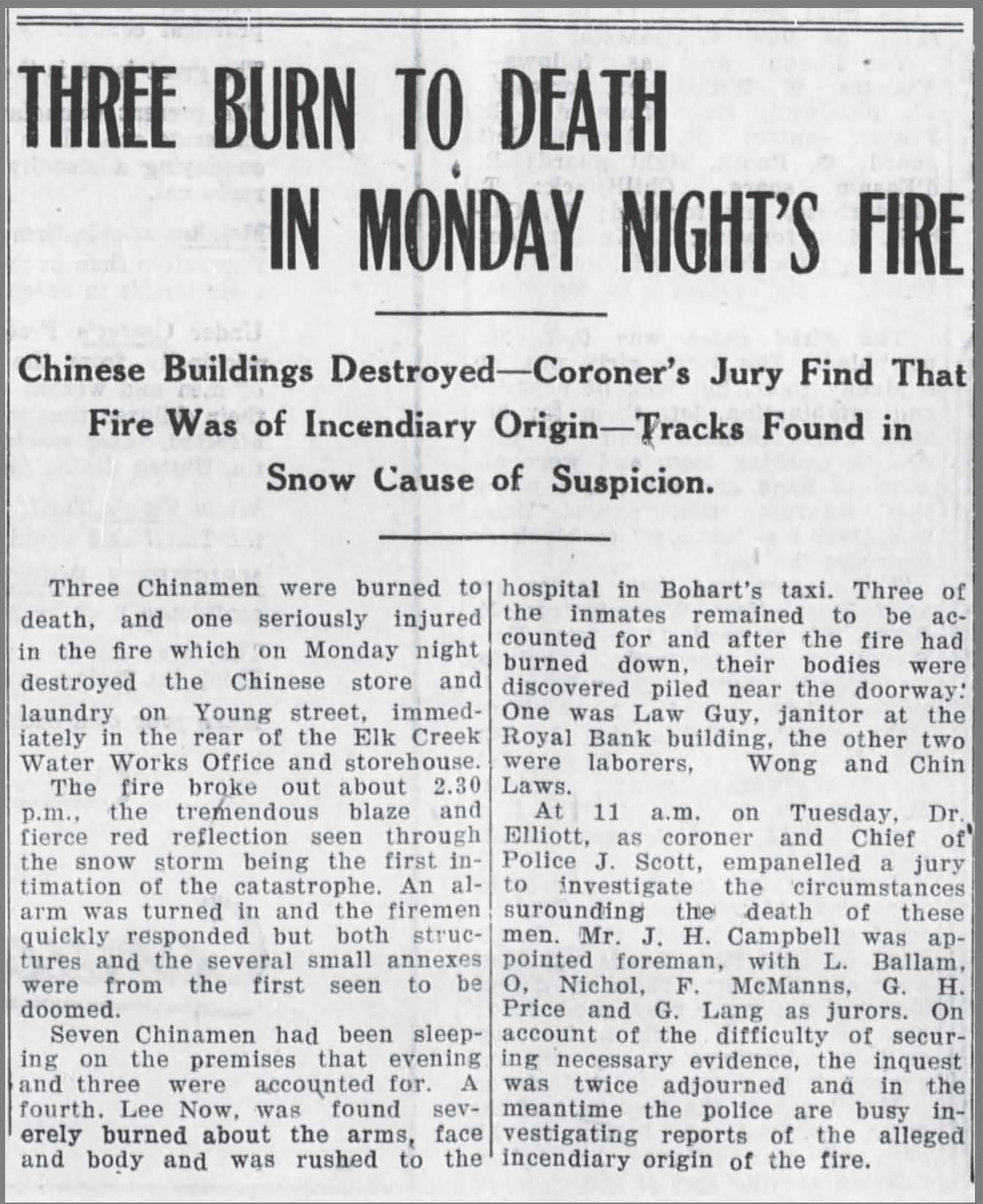 Headline of article from The Chilliwack Progress: “Three Burn to Death in Monday Night’s Fire,” November 29, 1921.