Similar to smaller communities in China, Chilliwack’s Chinatowns were built on Confucian social values. Confucian social order emphasizes each person acknowledging and accepting their place and role in society. Within this system, obedience and harmony are highly valued. 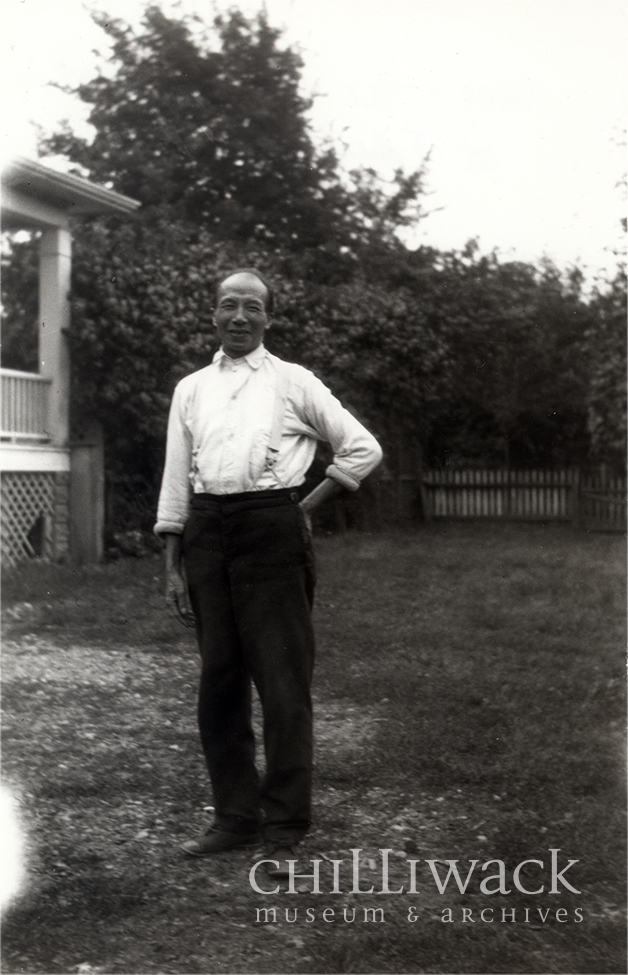 Wing, a long-serving employee at the Edenbank farm, lived in a small cabin behind the main house.
Chilliwack Museum and Archives, 2004.052.0633

As a result of these values, Chilliwack’s Chinatowns were not based on the concept of democracy. Rather, residents were split into two socio-economic classes: a small minority of wealthier merchants, and a vast majority of low-income labourers. The merchant elite assumed leadership roles within the community and lived comfortably while holding the majority of the community’s wealth. Working class labourers often lived in small communal buildings at the back of stores or on colonial farmers’ land.

Part of the social structure relied on the Chee Kung Tong (or Chinese Freemasons), a social organization established in China and officially founded in Chilliwack in 1917. Led by local Chinese merchants, the Chee Kung Tong was responsible for maintaining the well-being of the community. Examples of ways in which the Chee Kung Tong helped local residents of the Chinatowns include the establishment of rules for conducting business and dispute arbitration.  The organization was based out of the Chinese Masonic Hall in Chinatown South, which served as a multi-purpose meeting space. 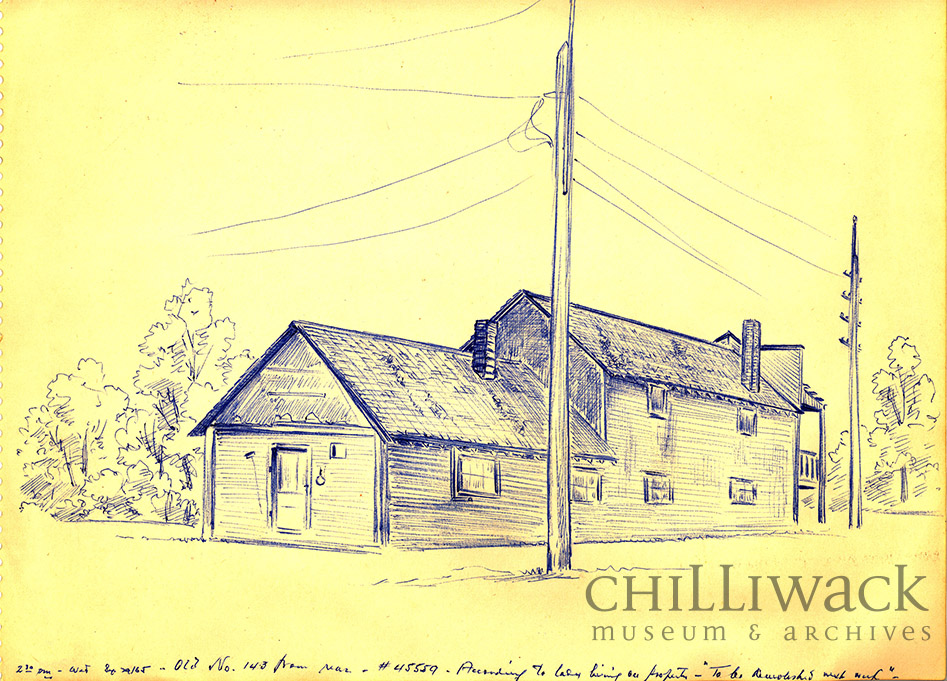 Pen on paper sketch of the rear of the Chinese Masonic Hall.
Chilliwack Museum and Archives, PP502060

Chinatown’s stores were natural gathering places for the community. Games of Mahjong and Fan Tan were the main forms of amusement enjoyed by residents, as there was little other opportunity for entertainment. Mahjong is a traditional Chinese game using 144 tiles where players attempt to form groups of identical tiles. Fan Tan is a game of chance where an unknown quantity of markers are hidden from view of players while players bet on the number of markers that will remain when the markers are divided by four. 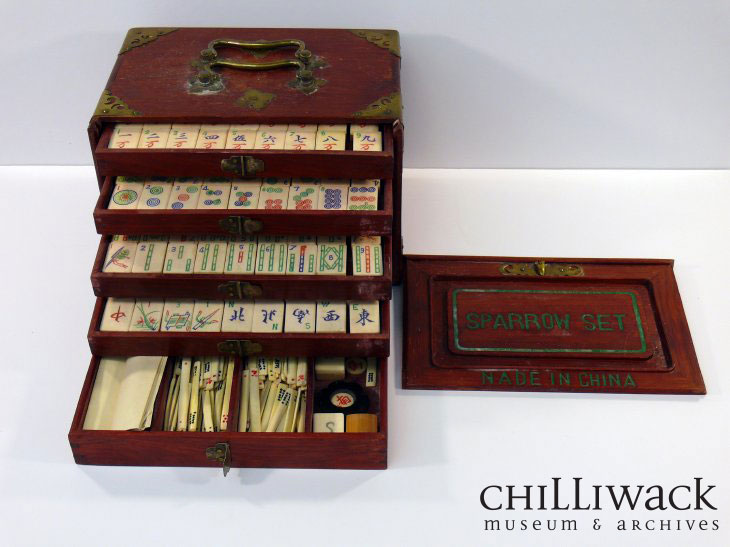 Mahjong set from the foreman at Hulbert Hop Yards.
Chilliwack Museum and Archives, 1988.003.001

Social structure and social life were highly connected in Chilliwack’s Chinatowns. Despite being located in Canada, the Chinatowns provided a level of familiarity and comfort that was not found in other locations within Chilliwack. Chinatown North and South were distinct communities where residents of both could find lodging and necessities required for daily life and served as a social hub for Chinese immigrants.  Listen to Dr. Chad Reimer to learn more about social life in Chilliwack’s Chinatowns.