As the Chinese population in Chilliwack grew, a Chinatown developed south of the city limits, by Yale Road West in 1911.  The area, today referred to as Chinatown South, hosted a vibrant Chinese Masonic Hall (1917-1932) and a dozen two-story wooden buildings that housed approximately 150 people.

In addition to serving the needs of local Chinese residents, the neighbourhood was also visited by members of the nearby Ts’elxwéyeqw tribe. Members of local bands were able to socialize more freely in Chinatown South than in areas predominantly run by resettlers and could find goods at more affordable prices than on-reserve stores.

Stores and properties operated by Woo Bing, Young Duck Let, Yuen Sun and Sung Wo formed the heart of the community. The Chinese Masonic Hall, a community landmark formerly located on Yale Road West, was constructed on land donated by Woo Bing in 1917. 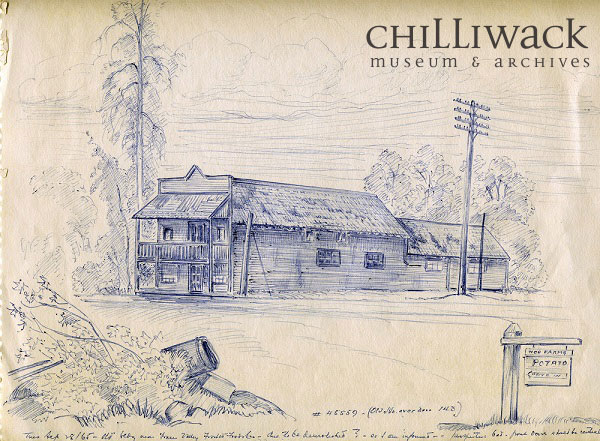 A pen on paper sketch of the front of what is likely the Chinese Masonic Hall.
Chilliwack Museum and Archives, PP502059

Unlike many of his compatriots in Chinatown South who actively pursued business and entrepreneurial partnerships, Woo Bing preferred to make a living primarily in real estate. The effective founder of Chinatown South, Woo Bing developed his own land for farming and produce while leasing his other properties to community members for business and personal ventures. He kept a small store, which was eventually taken over by his wife, Woo Bing Kee, and his son, Louie Woo.

Ownership of buildings and businesses in Chinatown South can be seen in the tax roll below. 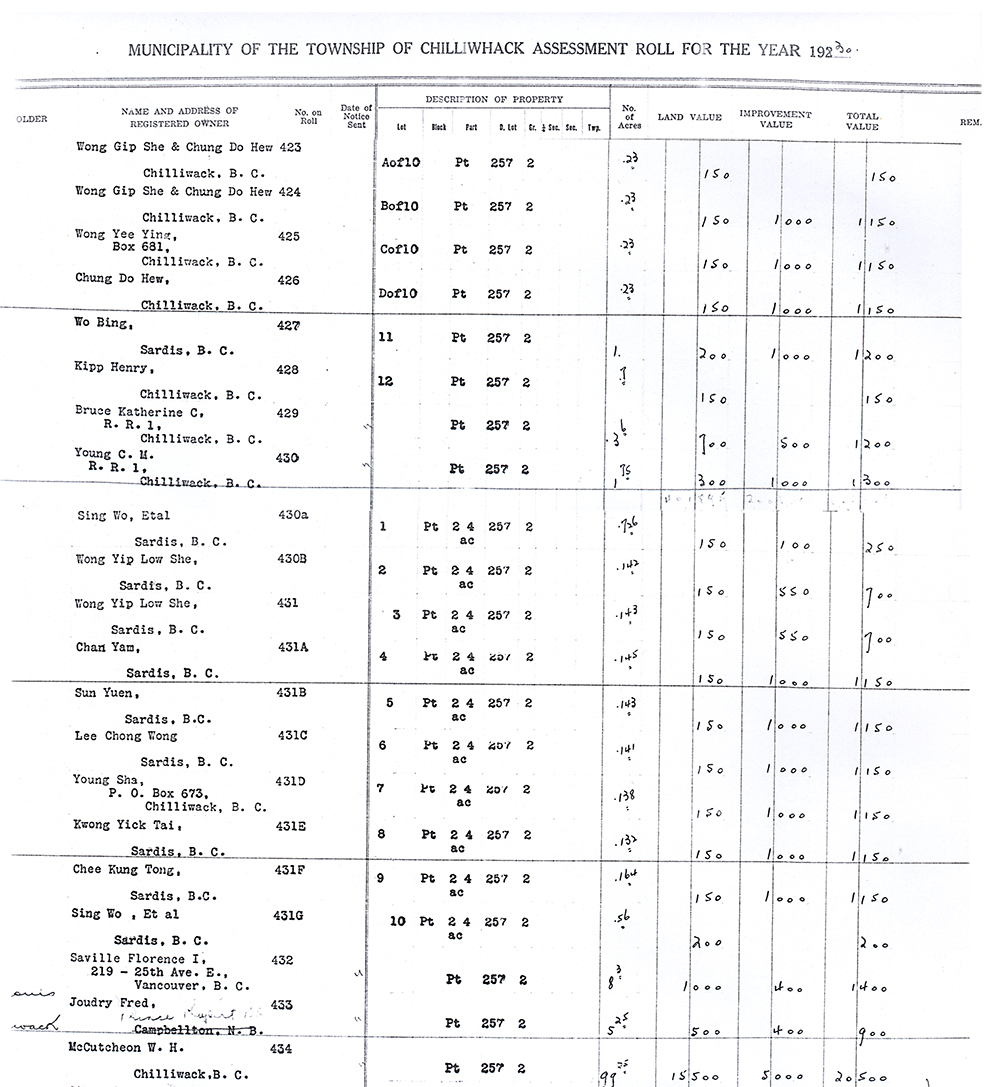 The fires of 1932 and 1934 devastated Chinatown South.  For many, the loss of their properties and possessions spurred relocation to other communities. Columnists from the The Chilliwack Progress provides insight into the fires in Chinatown South:

Watch the video interview with Dr. Chad Reimer, author of Chilliwack’s Chinatowns, to learn more about the fires in Chinatown North and South.

Few Chinese families remained in Chilliwack following the 1934 fire and Chinatown South was renamed Glendale in 1946. The loss of the Chinese Masonic Hall in the 1932 fire resulted in the destruction of many of the records kept by the Chinese community in Chilliwack. 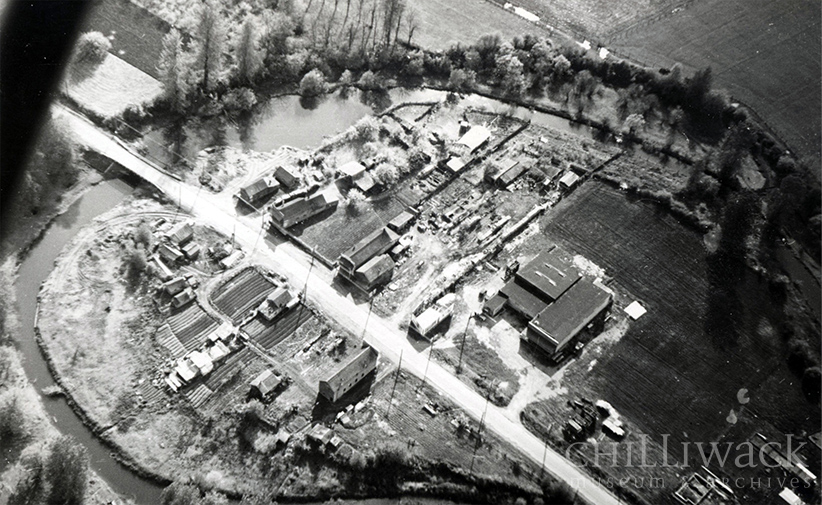