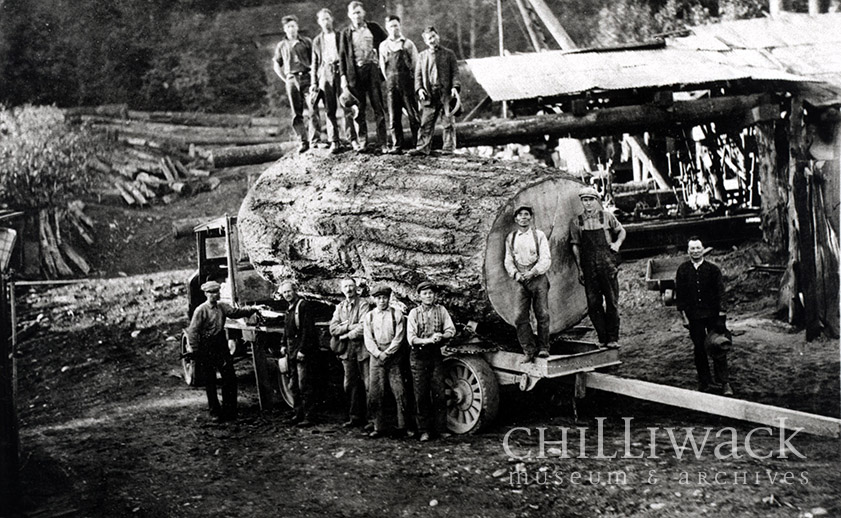 The provincial government of British Columbia prohibited Chinese persons from holding logging licenses. Combined with efforts to give higher paying positions in the industry to Euro-Canadians, Chinese were in effect, barred from the forestry industry in British Columbia.

More generalized labour positions were the exception. The sawmill operated by Orion Bowman (1874-1957) regularly hired Asian employees. In the photo, a group of unidentified mill workers pose with a fir log at the sawmill by the base of Promontory.