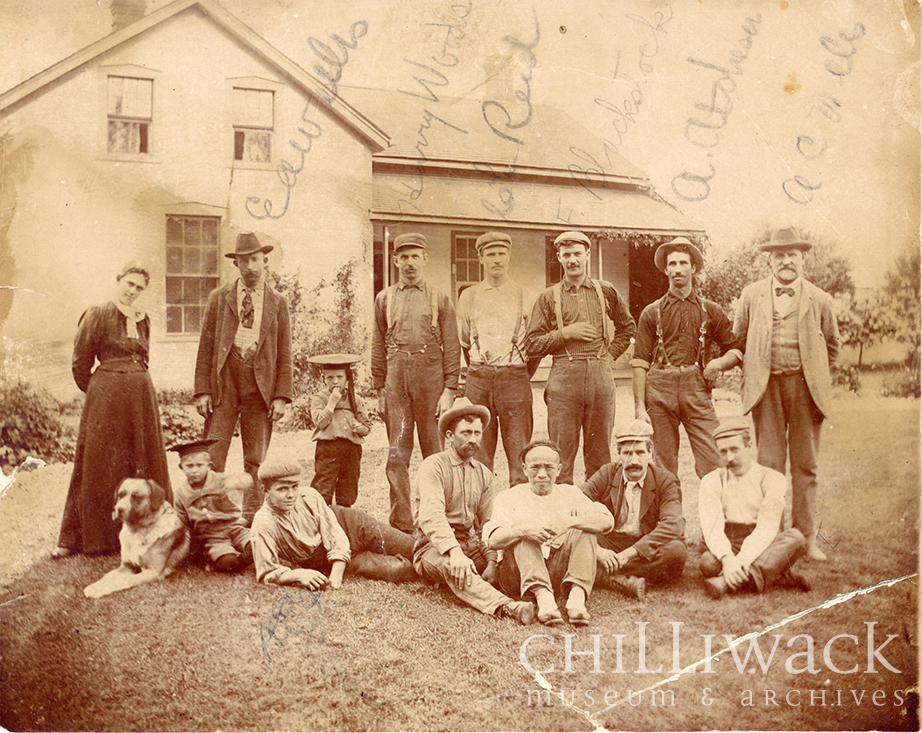 Foo, seated in front, began working at Edenbank farm during the late 1890s. Tragically, Foo was fatally injured at the farm in an accident with a bull named “Zad”.