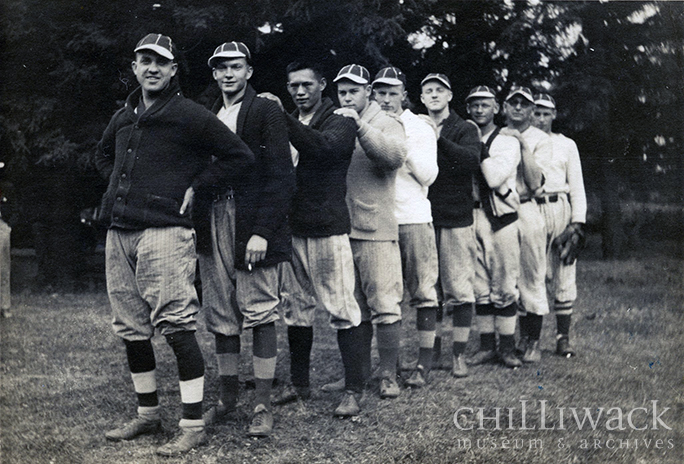 Members of the Chilliwack baseball team. Third from the left is Peter “Pete” Tom (1907-1961), who was a valued athlete on local baseball and basketball teams.

Of the children, Ernest helped run the family bicycle and motorcycle shop until his untimely death in 1922; Baw and Peter took over and renamed the business the Chilliwack Cycle and Motor Company. Upon the death of Tom Lung Tai in 1926, Harold and Peter ran the family business for a decade before selling it. Harold opened Tom’s Market, a successful produce grocery, which thrived for 2 decades at 51 Yale Road East. Peter assisted Harold’s business along with his sisters Eva and Audrey, then opened the Valley Fruit and Produce where he lived with his wife Louise, and their four children.