In July 1918, Roy was involved in a serious aircraft accident that resulted in a fractured skull, a broken neck in three places, seven cracked vertebrae and both lungs punctured. He was in fact pronounced dead and sent to the morgue. His close friend Stearne Edwards visited the morgue and realized Roy’s wounds were still bleeding. He notified the medical staff and Roy was soon revived but his body never fully recovered from the injuries he sustained.

The First World War ended on November 11, 1918. For Roy, the losses continued. On November 12th his closest friend, Stearne Edwards, crashed while performing an end of war celebratory loop in his Sopwith Pup and died on November 22nd while Roy was still in hospital. Then, in February 1919, a month before Roy was to return home, his younger brother Horace contracted the Spanish Influenza and died suddenly in a London hospital. A friend and fellow pilot from Carleton Place, Doug Findlay, was also stationed in London at the time and accompanied Roy on his final visit to see Horace before he died. Doug later described the meeting to Roy and Horace’s younger brother Howard as follows, “Roy and I went to see him at a London hospital and the nurse kept me out but admitted Roy. In a few minutes Roy came out and said ‘Horry’s just died: the last word I heard him say was your name’.” 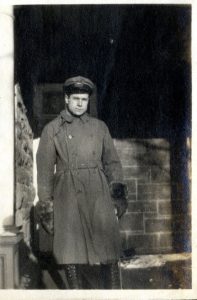 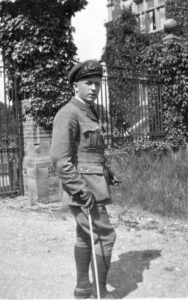 In March 1919, Roy returned to Carleton Place on de-mobilization leave. Still suffering from injuries received in his crash, he began physiotherapy treatments in Toronto. The volunteer nurse who administered the treatments was Edythe Lois Monypenny, daughter of Thomas Monypenny, Chairman of the national Military Committee of the YMCA.

Edythe and Roy met again in social settings outside the hospital and began a short courtship. They were married in Toronto on February 19, 1920. They later had two daughters, Margaret and Barbara, and a son, Donald. Roy’s first civilian job was as Secretary of the Board and Chief Accountant for the Imperial Varnish and Colour Company Limited of Toronto, which was owned by his father-in-law.

In 1928 Roy started a small airline company called General Airways Limited, operating out of Amos, Quebec. It was a pioneer in servicing remote mining companies and towns in Northern Quebec and Ontario during both summer and winter. By 1936 the company had five aircraft, including a Stinson SR-5A Reliant. Roy became an advisor of the Stinson Aircraft Company of Detroit, influencing the design and production of their successful SR-7B bush planes dubbed “Roy Brown Specials” by the factory workers. When the Canadian Government entered the airline business in the late 1930’s, Roy sold the company. 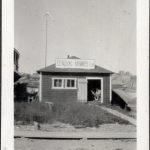 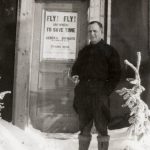 The shop in Amos, Quebec on which an advertisement for the airline is displayed in 1929.

When the Second World War began, Roy attempted to join the Royal Canadian Air Force but was rejected because of previous injuries and poor health resulting from his First World War service. In February 1943 he took a job at Canadian Aviation Magazine, but soon retired for health reasons. He purchased a run-down farm near Stouffville, Ontario, and turned it into a prosperous dairy and breeding business. In 1943, he ran for a seat in the Ontario legislature as a Liberal in the riding Toronto-Woodbine but was not elected.

The Controversy His Story Lives On