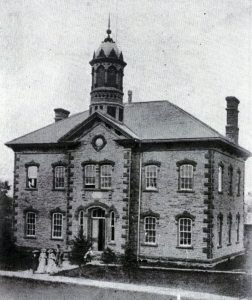 Prince of Wales School in Carleton Place at the turn of the twentieth century.

Roy attended elementary schools in Carleton Place along with his older sisters and younger brother Horace. He was a good student and a gifted athlete, and played on the town’s baseball and hockey teams. His hockey skills were good enough to get him an invitation to try out with the original Ottawa Senators, but his father dissuaded him. He considered hockey a frivolous pursuit for a son that was being groomed to take over the family business. 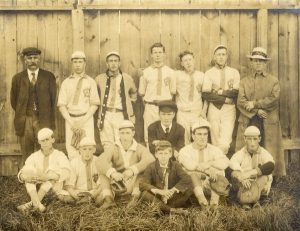 A Carleton Place baseball team, circa 1910. Roy is standing in the center of the back row. 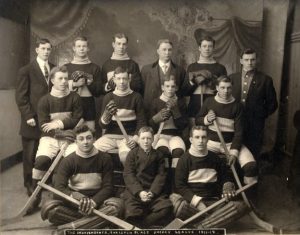 Carleton Place hockey team for the 1911-12 season. Roy is in the back row, second from the left.

Roy completed all but his final year of high school at The Prince of Wales School on High Street in Carleton Place. He then transferred to an Ottawa business school to study accounting in order to take a place in the family business. Upon graduation, he set his sights on getting a degree in business management at McGill University. However, the entrance requirements stipulated a high school matriculation, which he did not have. 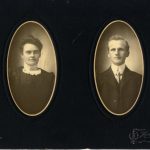 Accepting an invitation to live with his Uncle Will and Aunt Blanche Brown in Edmonton, Alberta, Roy moved there in 1914 and completed his final year of high school at Victoria High School. Roy maintained excellent grades while there. He was the captain of the school’s championship basketball team and played on the football and hockey teams. During this time, he met and befriended Wilfrid ‘Wop’ May, a fellow future First World War fighter pilot. 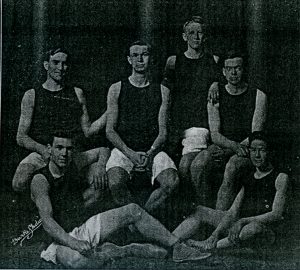 The basketball team at Victoria High School in Edmonton with Roy, the captain, in the center.