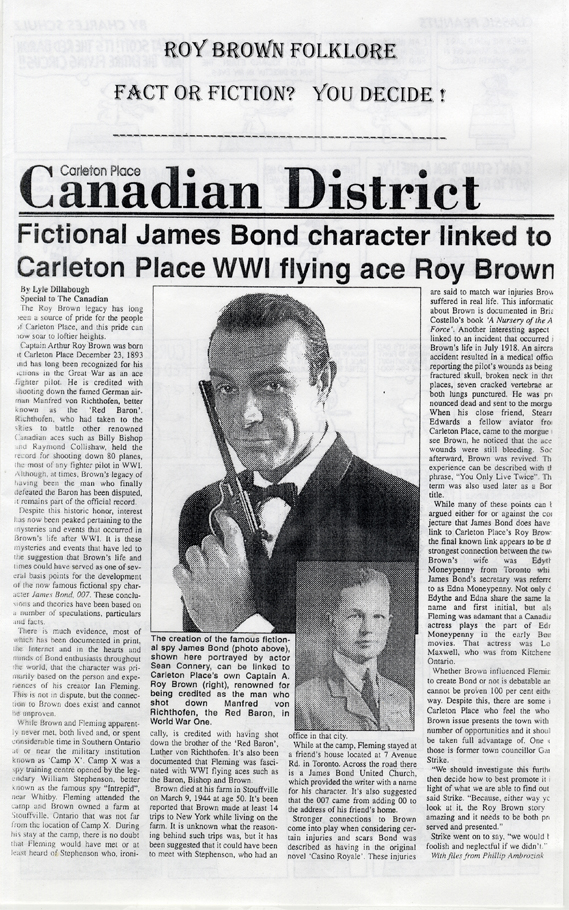 Image courtesy of the Roy Brown Society. Circa 2000.

This article was among several that appeared in the Carleton Place-Almonte Canadian Gazette newspaper explaining the similarities between Roy and the fictional character James Bond. It states that certain unusual facts about Roy’s life were used in the James Bond novels, including Edythe Brown’s unusual maiden name, “Moneypenny,” Ian Fleming’s insistence that a Canadian actress play the character of Moneypenny, and the fact that some of injuries Bond suffers are identical to those which Roy had experienced.