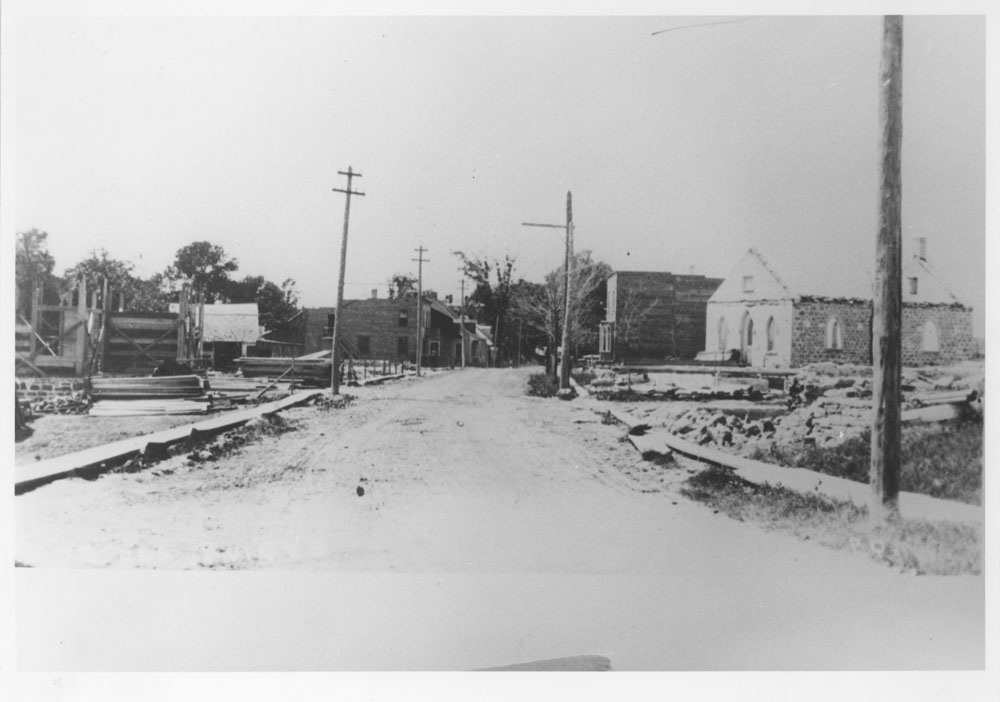 One of the most destructive fires in the history of the City of Saint-Eustache took place on April 17, 1910. The fire started in a small shed near Magloire Légaré’s barn. It seems that a careless smoker threw a lit cigarette on a pile of papers. The flames spread into M. Légaré’s barn where a cow, a horse and four pigs belonging to him died in the fire.

Read the transcript of Philippe Légaré, son of Magloire Légaré, explaining how the 1910 fire spread to his father’s barn and then onto Saint-Eustache Street.

The alarm rang around 11:45 a.m. Within a few minutes, residents carrying fire buckets and volunteer firefighters, around thirty men in all, had organized several bucket brigades between the Du Chêne River and the threatened houses. At that time, every family had a bucket in their house. 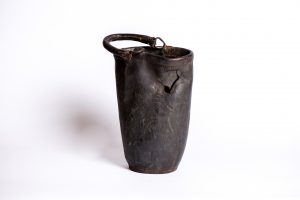 Despite the residents’ efforts, the centre of the village went up in smoke. The fire spread to cover a huge area! Villagers worked hard to fight it. Firefighters came from Montreal to help. Chief Tremblay from the Montreal Fire Safety Department took a special train to Saint-Eustache, bringing with him some firefighters, a steam pump and a fire hose reel. It would take four hours to quell the blaze. It was the proximity the river to the scene of the fire that allowed the people of Saint-Eustache and the firefighters to prevent the worst from happening. 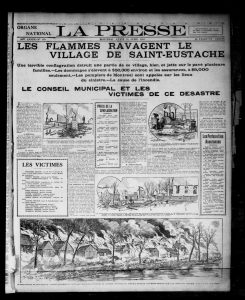 The damage was substantial. Local newspapers reported losses of around $50,000 – the equivalent of 1.1 million in today’s dollars. It was a catastrophic amount! The townscape of Saint-Eustache was devastated. The northern part of the village had been razed to the ground. The fire had destroyed the houses in the vicinity of Magloire Légaré’s barn and all the houses on either side of Saint-Eustache Street.