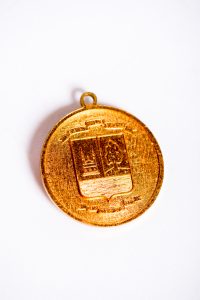 Medal of Honour of the City of Saint-Eustache

Born on May 31, 1961, Claude Jean chose to devote part of his life to serving the community of Saint-Eustache and fighting fires as a part-time firefighter. His story starts in 1978. As an Emergency Preparedness Department volunteer, he was on the scene of the catastrophic fuel spill at the Roméo Goyer gas station in April, 1978. Motivated this experience as a rescuer and encouraged by the fire chief, Claude embarked on the adventure and enrolled in the course offered at Saint-Maxime Secondary School. 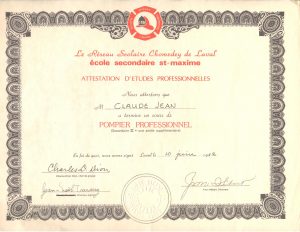 Becoming a Firefighter – Claude Jean (subtitles available in FR and EN) – Watch the video with the transcript (EN).

A part-time firefighter from 1980 to 1992, he also worked as a paramedic for thirty-six years, with various employers including Martin & Fils in Saint-Eustache.

Becoming a Firefighter – Claude Jean (subtitles available in FR and EN) – Watch the video with the transcript (EN).

He joined Urgences-Santé in 1983, where he was chief of operations for twenty years. Claude Jean devoted himself to his two major interests simultaneously. After a long career devoted to the two occupations that had always been his passion, he retired in May, 2016.

Becoming a Firefighter Life at the Fire Hall