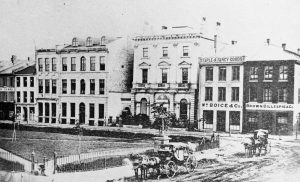 Attracted by the city’s extensive surrounding markets, which stretched from London to Guelph, small manufacturers began to appear in Hamilton as early as the 1830s.  In 1827, the opening of a canal through the sand bar separating Lake Ontario from Burlington Bay put Hamilton in a valuable position at the head of Lake Ontario.  This location gave the city access to raw materials and technology from the larger manufacturing centres to the east along the St. Lawrence Seaway and Erie Canal systems.

By the 1840s, the city had developed a reputation as a regional metal centre. Its fledgling foundries turned out stoves, farming equipment, and other necessities for settlers on the agricultural frontier.  Production was done mostly in small shops by artisans using traditional hand-craft techniques. 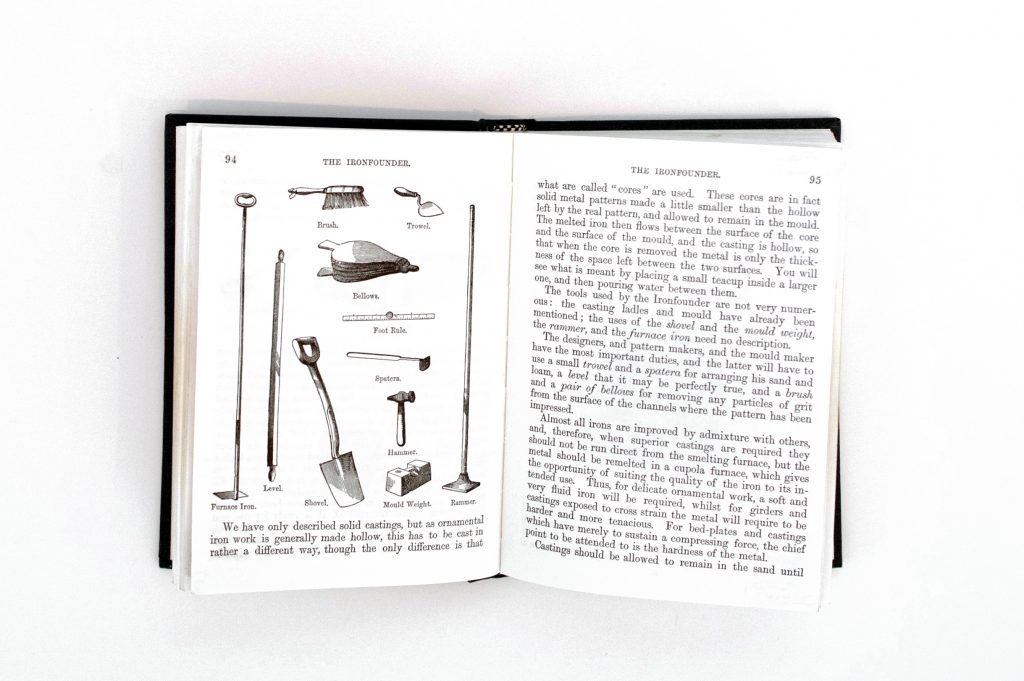 An illustration from The Boy’s Book of Trades (1866) that highlights common tools and hand-craft techniques of the time.