On March 16th, in Montreal, James Ryan revealed the plan to hold a parade in Hamilton on May 15th and in Toronto on June 1st. Members of the Montreal Nine-Hour League would contribute financially to the strikes, the victories of which would bring the nine-hour day to all workplaces in Canada.  When tensions rose between Toronto printers and their bosses in early March, Ryan pleaded with them to wait for June before taking action.  Toronto printers jumped the gun, however, going out on strike on March 25, 1872. 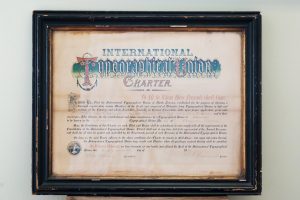 Toronto newspaper bosses, with the anti-unionist George Brown of the Globe at the helm, responded by charging the strikers with conspiracy.  Sensing a political opportunity, Prime Minister John A. Macdonald, Brown’s political nemesis, quickly introduced the Trades Unions Act. By making unions legal, the Act was a major step forward for Canadian workers, although its actual scope and use were relatively limited. It also helped the Toronto printers win the nine-hour day, though likely at the expense of the larger movement.

The Movement Grows The Bosses Respond