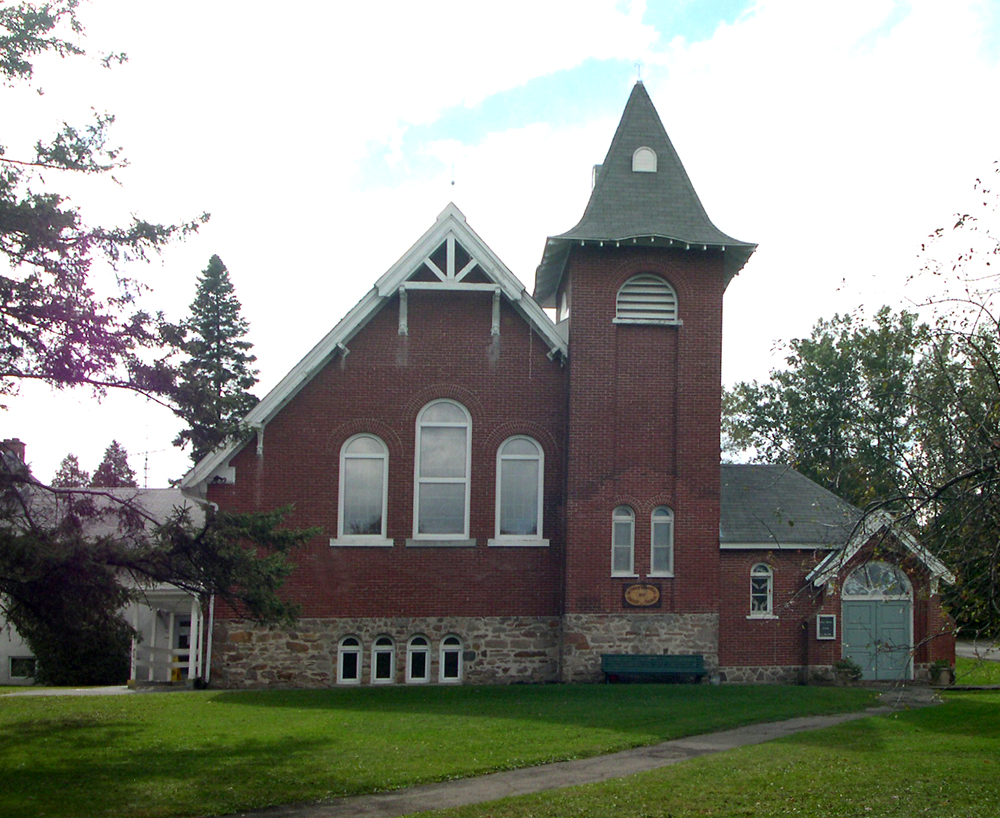 This church, originally Methodist, was built and open for service in 1907. It was named in honor of pastor Daniel B. Wyman who died in 1905. It replaced a first church built in 1872 in the Hudson village that had become outdates and cramped.

After 25 years of negotiations with various protestant communities to create a united movement, the United Church of Canada was founded in 1925. It unites Methodist, Congregationalists, and some Presbyterian communities.