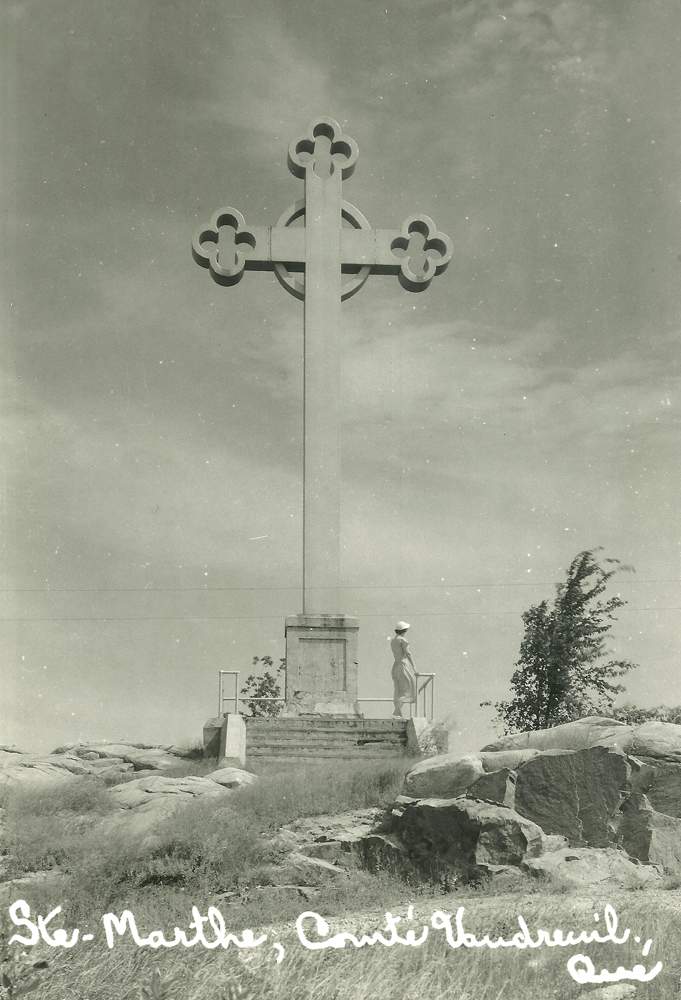 This large white metal cross was donated by an individual and erected in 1931. Placed on private land, the Sainte-Marthe municipality purchased the lot in 1999 for the population’s benefit.

In Quebec, the wayside cross dates all the way back to those placed by Jacques Cartier as a sign of ownership of new territories. Traditionally, they acknowledged a village’s foundation or a farmer’s new ownership of a lot of land. Mostly found in the country, they serve as divine protection, and as a place of gathering for the citizens of a road for evening prayer or during a religious procession.

Beyond its religious vocation, the way cross is a historic feature of Quebec’s country and bears witness to the socioreligious history of previous generations.