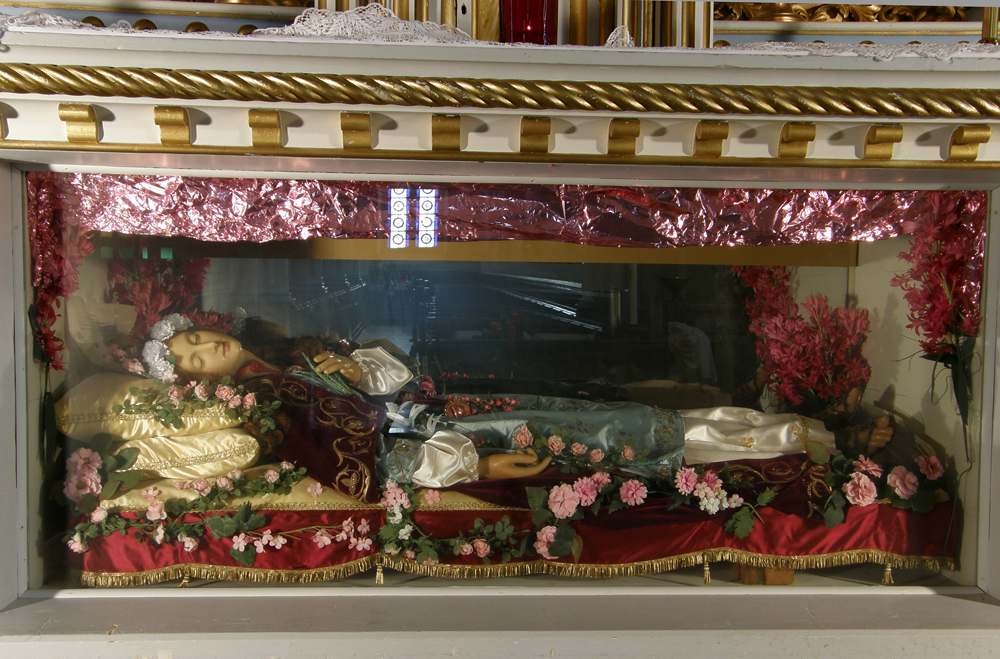 This life-size wax recumbent statue is in the side-altar’s tomb in the church’s right transept. It was placed there at the time of the church’s construction and was never moved. Generally, the tomb is closed, and the sculpture is only rarely shown to worshippers. The last time the tomb was opened was in September of 2002. This was the last time that the sculpture was officially shown to the public, as three important events were celebrated: the 150th anniversary of the establishment of the municipality of Les Cèdres, the 250th anniversary of the Saint-Joseph parish, and the 300th anniversary of the seigneurie of Vaudreuil-Soulanges.

This statue is said to have been donated in 1881 by the future bishop of Montreal, priest Paul Bruchési (1855-1939) who would have brought it back from his stay in Rome. He would often spend his summer vacation in Les Cèdres and had a particular interest in the parish.

Devotion to this recumbent statue was very strong until 1965, where every September 13th, sainte Placide would be celebrated and everyone was given the day off. During this day, the tomb would be opened for religious celebrations. Today, very few citizens are aware of the existence of this rare object.