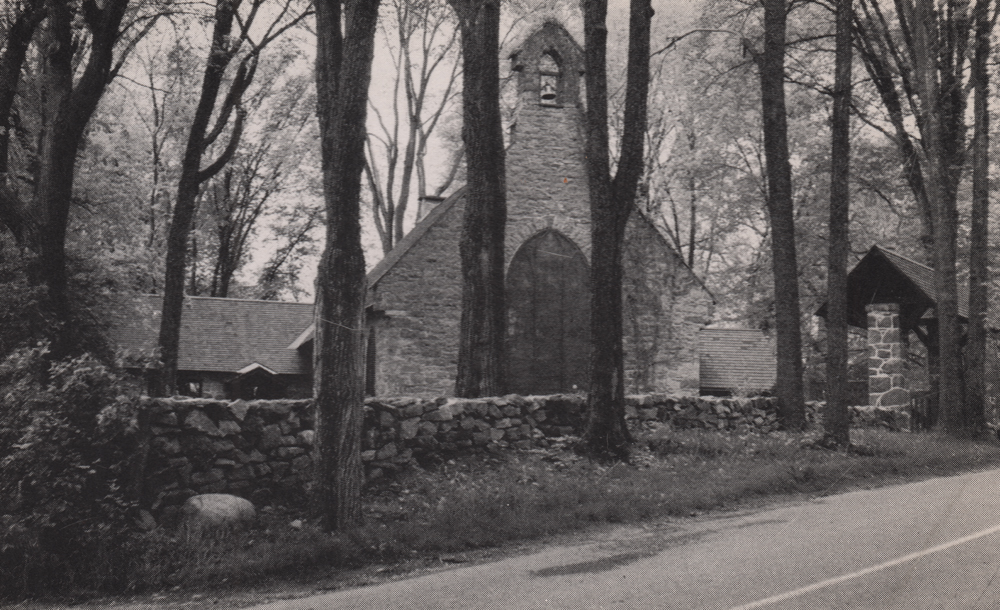 The church was built in 1867 thanks to the initiative of Captain Robert Ward Shepherd (1819-1895), president of the naval company on the Outaouais River, and a business man named Isaac Gibbs.

These two residents of Como, a small hamlet between Vaudreuil and Hudson on the shores of the Outaouais River, called upon their countrymen to raise the necessary funds to build a church on land donated by M. Shepherd. It is said that both these men were fed up of riding the long road to the St. James church in Hudson because it tired their horses. The church was completed in 1867 and bears the name of St. Mary in honor of both spouses, whose names were Mary.

Indeed, on February 8, 1847, Robert Ward Shepherd married Mary Cecilia Delesderniers (1826-1901). The couple settled down in the prestigious Greenwood House built in 1732. The residence was owned for many years by the Delesderniers family and was passed down to Mary Cecila upon the death of her parents, as she was their only child.

Still standing in Hudson, the house was inhabited by the Shepherd family until 1994, at which time the heiress donated it to a non-profit organization for its preservation and maintenance. Tight bonds have existed between the Shepherd family and the St. Mary church for over 150 years, and the church bears witness to this story through a vast collection of commemorative plaques.