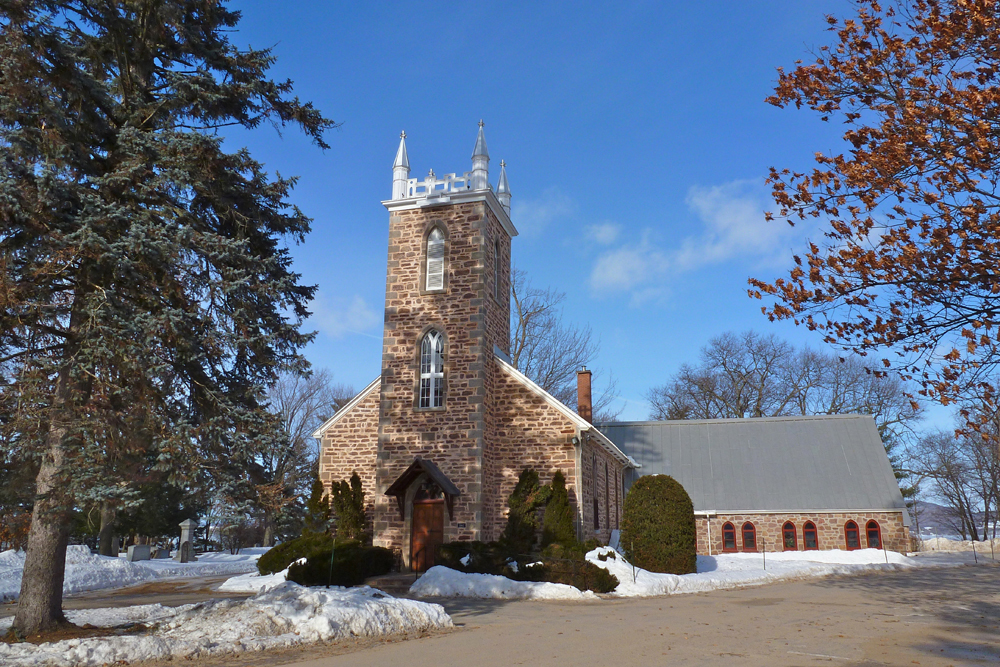 Designed and completed by local carpenters and masons, the church construction was completed around 1842 except for the tower, which was completed later in 1845. Originally built to be a modest church, the many transformations undertaken between 1842 and 1888 make it an imposing structure. This stone building of harmonious and classic proportions attests to the developer’s know-how. It was inspired by the Regency Gothic style developed in England in the early 19th century.