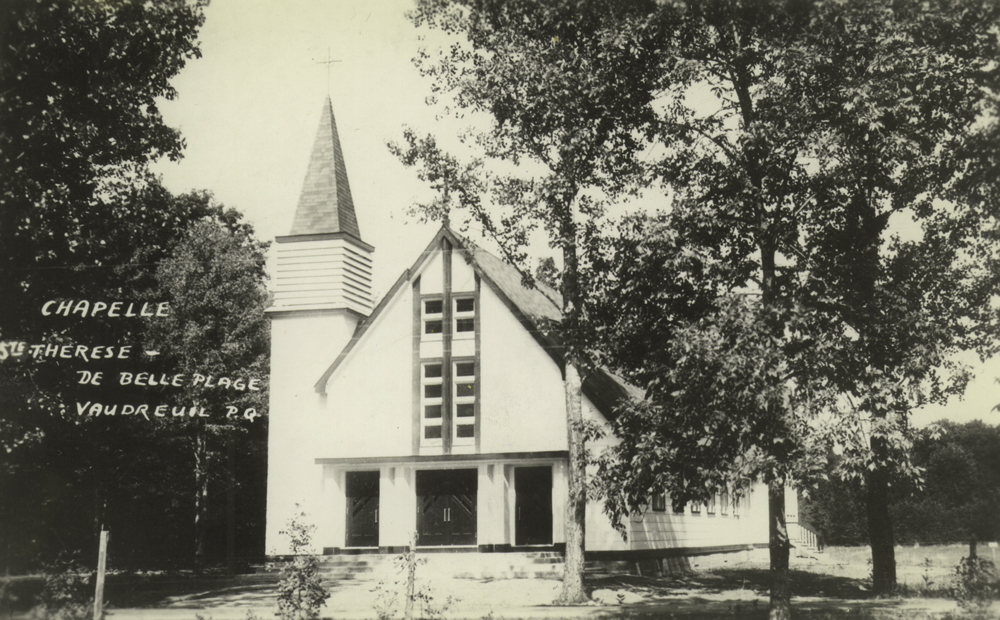 This small agglomeration came into existence following the arrival of vacationers of the Montreal bourgeoisie. They would spend their summer vacations in cottages on the shores of the Lake of Two Mountains. In 1920, the area was named Belle-Plage. Considering the large number of people present during the summer, a parish is established and a chapel was built to be used mainly during the summer holidays. This chapel, according to plans from architect Siméon Brais (1886-1963), was finally finish in 1947. As the years went by, many elected to reside permanently in the area, and the municipality was officially named Vaudreuil-sur-le-Lac in 1960.