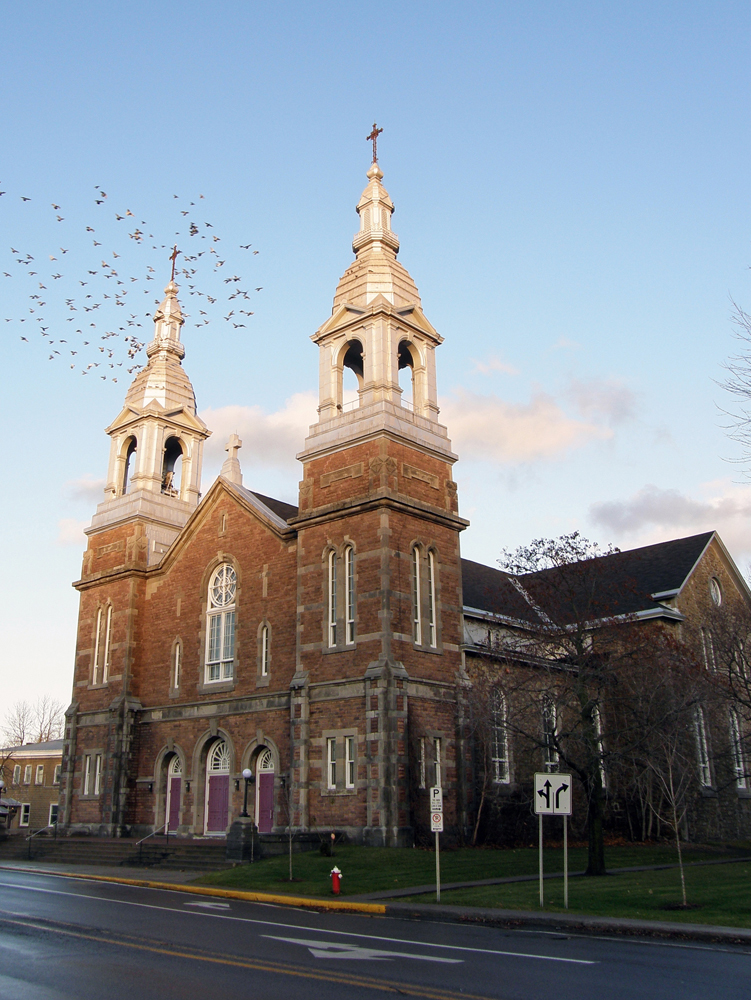 The present Sainte-Madeleine church is the second one built at the same location. After the construction of a first chapel in 1801, a church was built and inaugurated in July of 1822. A century later, the cramped and outdated church was demolished and replaced by the existing church. Designed and built by architects Louis-Zéphirin Gauthier (1842-1922) and Joseph-Égilde-Césaire Daoust (1881-1946), the first mass was celebrated in 1920. Its interior design and furnishings are in line with the times, being entirely made out of plaster dit Rigalico (marble imitation). It was crafted by the Montreal workshop M. T. Carli.