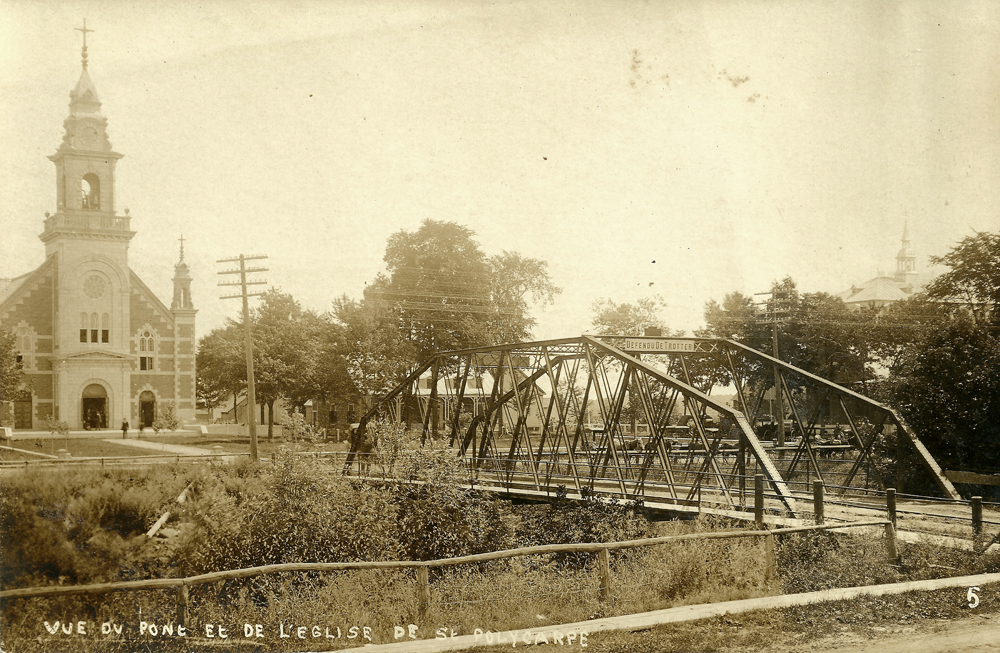 The Saint-Polycarpe church was built in 1839 facing the Delisle River at the heart of the municipality bearing the same name. Originally, the place was called Rivière-Delisle and a small community lived there thanks to the construction of a windmill on the river. In 1817, a mission chapel was built under the patronage of saint Polycarpe. The mission prospers rapidly and, in 1830, the parish was established and a church was built. This building bears witness to the prosperity of the times and shows all the architectural styles adopted by Catholic churches in the 19th century.