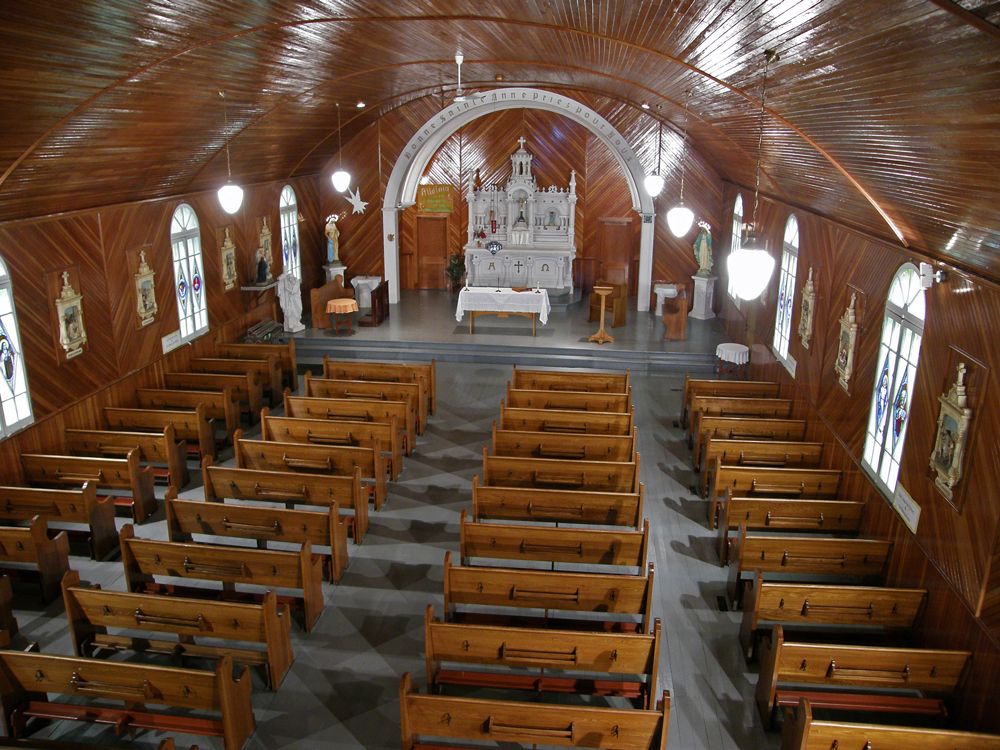 The Sainte-Anne chapel was built in 1926 following the request of the population of the tiny hamlet of Dalhousie, who found the Saint-Télesphore church too far away. In the early 20tth century, Dalhousie rapidly developed and became quite prosperous for a few years thanks to the Canadian Pacific Railway travelling through from Montreal to Toronto. The town boasted a hotel, restaurant, general store as well as railway equipment for steam trains. Its prosperity is reflected in the quality of materials used to build the chapel. With the growing popularity of cars and the development of roads, this remote hamlet was deserted and later annexed to the Saint-Télesphore municipality. The chapel was privately purchased in 2013.