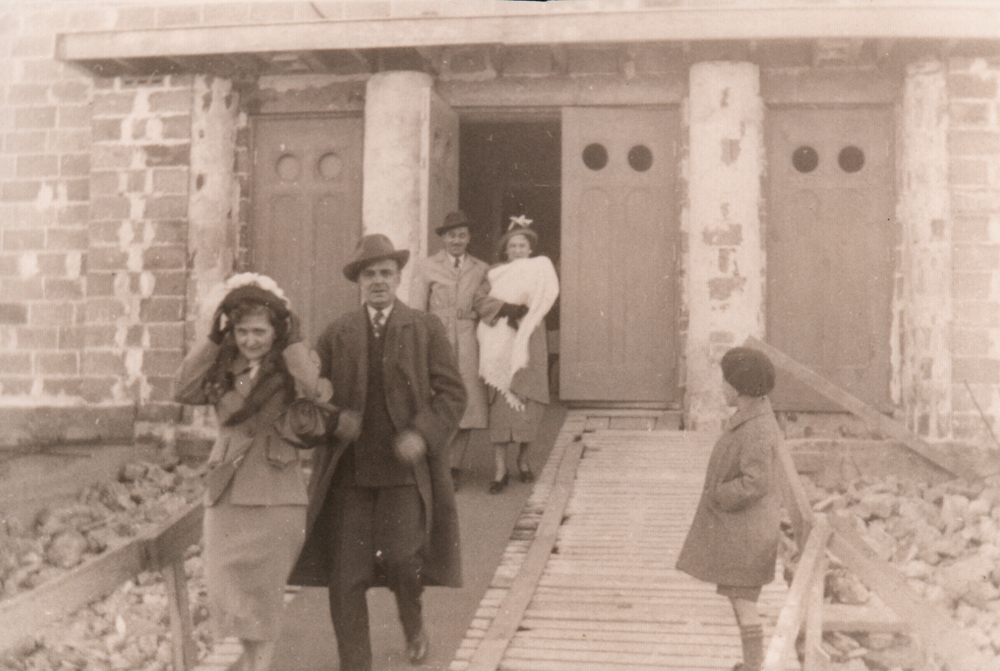 In 1947, because of the increase in population, it was decided to establish the Saint-Jean-Baptiste parish and build a church. The construction plans were entrusted to architects Siméon Brais (1886-1963) and Joseph-Eugène Perron (1899-1969). Work was completed at the end of April 1949 and the first mass was held on May 1st, 1949. The first baptism was held early in spring while the church was still under construction.

Since then, the church has closed and was purchased in 1998 by the city of Vaudreuil-Dorion to host community activities such as the Club Optimiste.