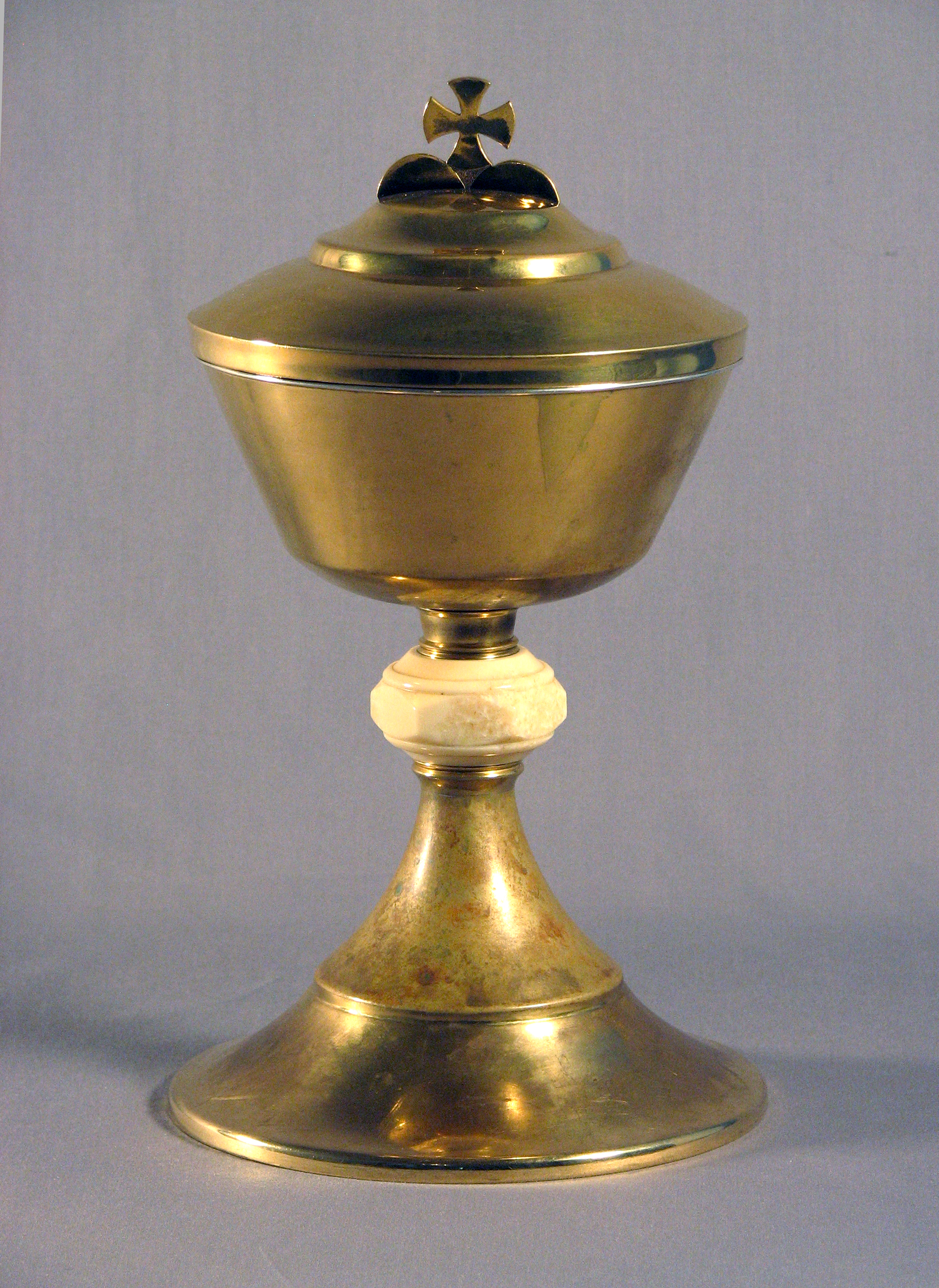 Marcel Poirier (1921-2012) was a goldsmith well known in the renewal movement of sacred art (1930-1965). His works can be found in many great museums in Quebec and Canada. Originally from the Vaudreuil-Soulanges area, he lived in Les Cèdres for many years and had built a workshop there.

This ciborium is typical of this artisan’s work with regards to its simplicity and the presence of the ivory knot. Under its base, the stamp of the goldsmith can be seen. The object also bears an inscription that mentions that it was donated to the parish on January 15th, 1952 during the bicentennial celebrations of the municipality.