Ten-year old Robert “Bob” Barclay was just finishing dinner with his family when the fire sirens started to sound and the bell at the Rosamond Woollen Mill started to ring. When the bells of the churches started to ring too, he became scared. The endless noise sounded like a screech in his ears. And then the ringing became much closer. It was the telephone. 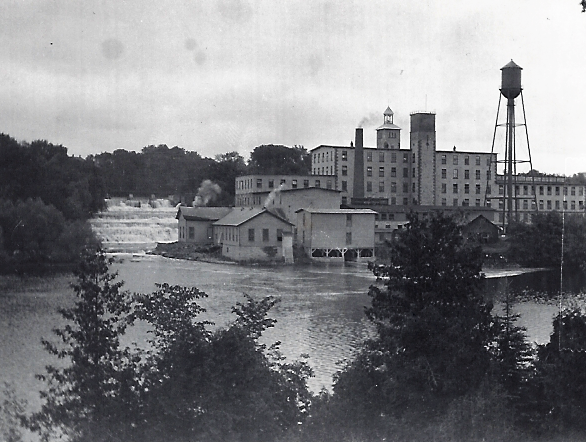 One of Almonte’s doctors, Doctor Kelly, was asking for his father for help. There had been a terrible accident at the train station and they needed people at the site. Bob’s father, Thomas, was the first aid man and the Superintendent at the Rosamond Woollen Mill.

Thomas, dressed for dinner guests, quickly put on his topcoat and headed out the door. Bob wanted to go with his father, but wasn’t allowed. Instead, he spent the night watching the flurry of activity in the kitchen as his mother, Roberta, and her three sisters who had joined them for dinner, made sandwiches and soup, and hot coffee and tea, with no thought given to the rations for sugar, tea, coffee, and butter that were introduced that year. Getting the food and hot drinks to those who needed it was another mission altogether. The ice had built up outside and it was treacherous for cars. Bob had a front row seat as he watched the fire truck make its way down to their house, the chains on its wheels crunching into the ice as the firemen picked up the precious supplies. Over and over he watched his mother and aunts as they stirred, sliced, and brewed, and listened to the crunch of the tires, only being chased off to bed at midnight.

At 6 o’clock that morning, Bob suddenly woke up. He followed the noise coming from downstairs and saw his father, only now returning home. Blood was splattered on his shoes and topcoat. He quickly changed and headed to the Mill for work; he needed to be there at 7. 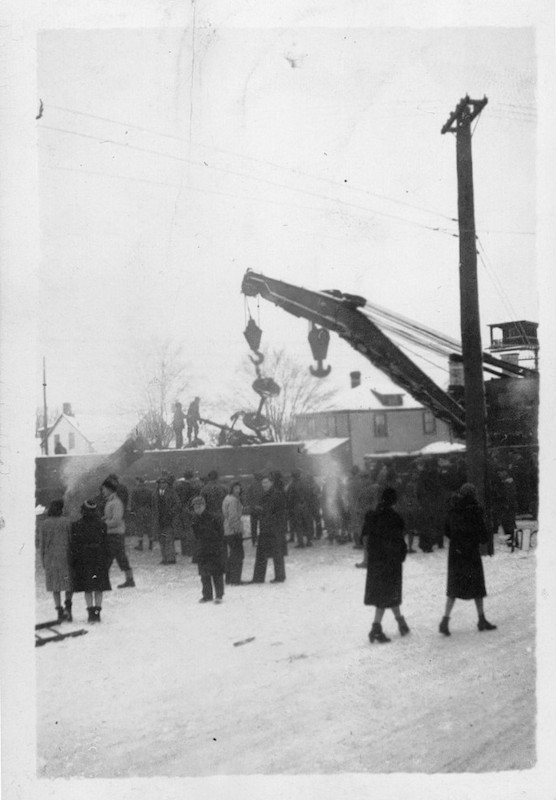 A crane was used to help clear the wreckage from the town – December 28, 1942

Bob couldn’t stand it. He wanted to see what had happened, so he took his dog for a walk to the train station. When he got there, he was surprised. There was nothing, really. The large pieces of debris he expected to see were gone. He heard later that a crane had been brought in by rail to clear it away. The troop train was gone too. It hadn’t jumped the rails, so it was able to continue on to Halifax when the way was clear. The only evidence of the wreck was found in the snow around the platform and the station. It was packed down like cement from the people walking on it, and scattered all around were remnants of luggage: dolls, teddy bears, shoes, and broken suitcases with Christmas presents still inside.

A Man of Experience

Thomas was a veteran of the Great War. He had signed up as a young man in November, 1914, leaving his home in Broxburn, Scotland, and survived in the trenches until the Armistice on November 11, 1918. When he settled in Almonte in 1925, he never expected to see those horrors again. He didn’t tell Bob about that long night at the time, but later, he did share the story of a young soldier and a cigarette…

View this video with a transcript: An Interview with Robert Barclay

A Family Affair Pinning on Names