Visitors and new residents to Almonte may be surprised to discover that a train ever ran through the town. The train station was demolished in 1978 when passenger service ended, and was replaced by the local library. The train tracks remained until 2012, when freight service finally ceased, marking the end of an era that began with the Brockville and Ottawa railway line in 1859. In place of the station and the tracks, a memorial now stands near the site of the train wreck. The two granite markers were erected at the corner of Mill and Bridge street in 2002 by the North Lanark Historical Society. . .

in memory of those killed and injured and the heroism and dedication of all those who responded to the accident. 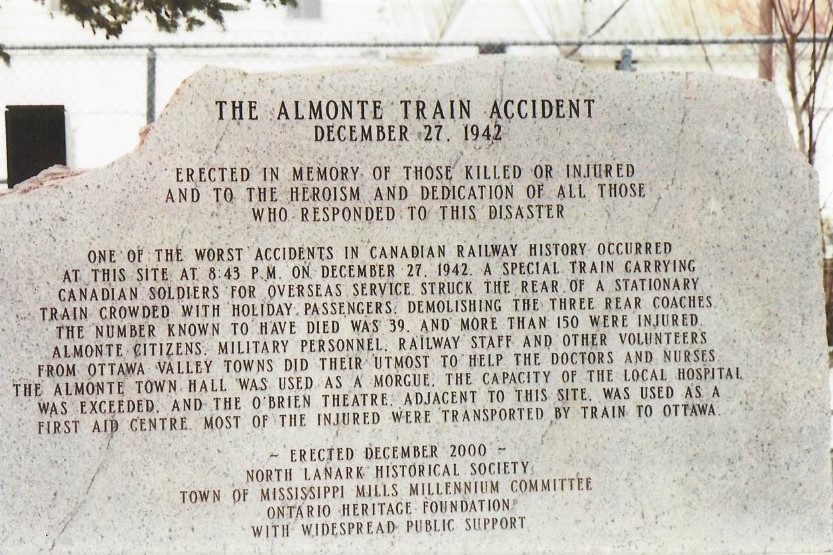 In 1999, the Historical Society created a committee to look specifically at how they could commemorate the accident. Two survivors of the wreck, John Dunn and Mervin Tosh were members of the Memorial Committee, and their recollections of the tragic event spurred the Society to gather other stories, reaching out to survivors, and family and community members with memories of that night to publish a book. In 2002, the Society commemorated the 60th anniversary of the accident with the unveiling of the monument, a memorial service, and the publication of the first book of the tragedy, The Almonte Train Accident: December 27, 1942. 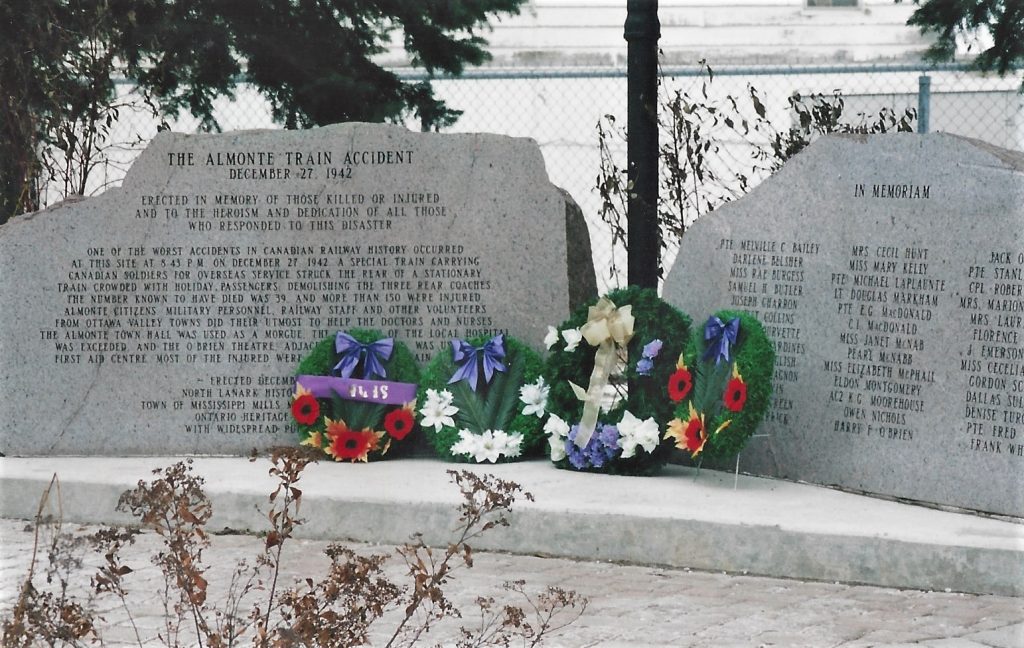 The Memorial in Almonte – December, 2000

Ten years later in 2012, the Historical Society commemorated the 70th anniversary by holding a candle light memorial service, accompanied by music and storytelling. Since then, the Society has continued to gather more information by seeking out survivors, witnesses, or family members who have information about the event, and collecting photographs, documents, and artefacts related to the accident.

Placing the Blame In Memory