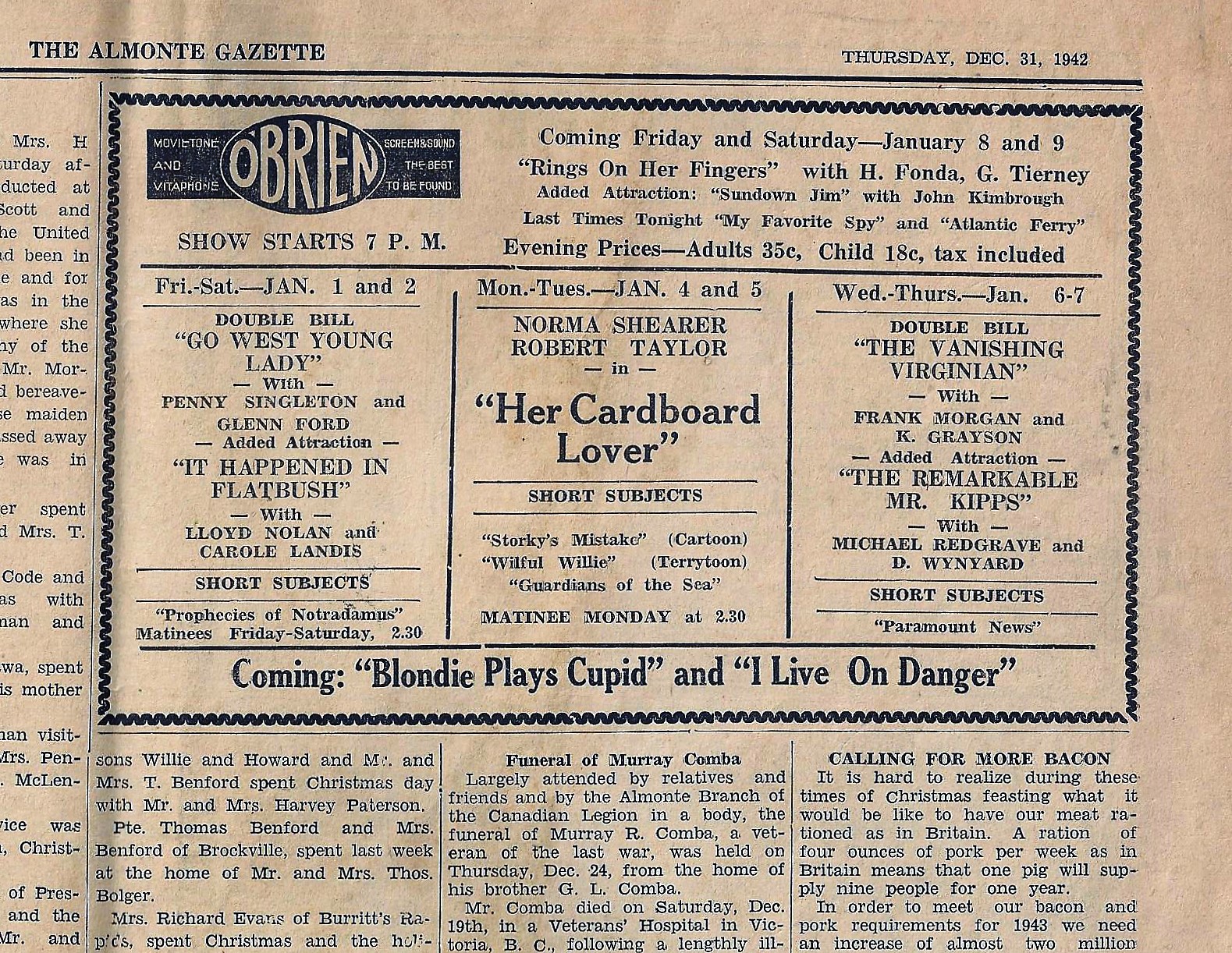 When the Rosamond Hospital in Almonte quickly filled on the night of the accident, the O’Brien Theatre opened their doors rather reluctantly.  When confronted, the owner of the theatre protested opening his doors, claiming he didn’t have any authorization. Nevertheless the doors were removed, and used as stretches for the dead and wounded.

Converted into a temporary hospital and morgue, it is unclear whether the theatre had re-opened by December 31 as advertised in the Almonte Gazette.