Victoria Park had previously been military land when a British garrison was stationed there until 1867. London’s militia, the 7th Regiment of Fusiliers, was composed of civilians who did military drills and functioned as a reserve unit since 1860s. The men had spring, summer, and fall training, as well as parades, competitions, and dinners. They were based in the London Armoury, which was also home to London’s mounted militia unit, the 1st Hussars Cavalry Regiment. London’s military involvement continued when Canada’s first permanent force, the Infantry School Corps, moved into their new building at Carling Heights, in 1887 (re-designated as Wolseley Barracks in 1894). The unit became The Royal Canadian Regiment (RCR) in 1901 and one of its ten companies was always stationed in London. During the peaceful early 1900s, the Regiment carried out regular duties training its own soldiers, but mostly the militia units. Summer training would continue until August 1914, when the city’s soldiers started to prepare for the First World War. 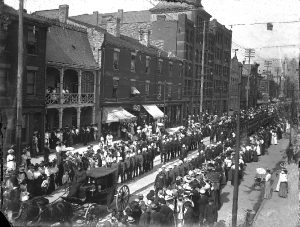 Like many other Canadian cities, London, ON, reacted to the news of war with great excitement and patriotic enthusiasm. Men lined the streets to enlist, women and children raised funds and factories began manufacturing ammunition. This initial enthusiasm eventually died down as the enormous cost of money, men and supplies began to affect everyone on the home front. 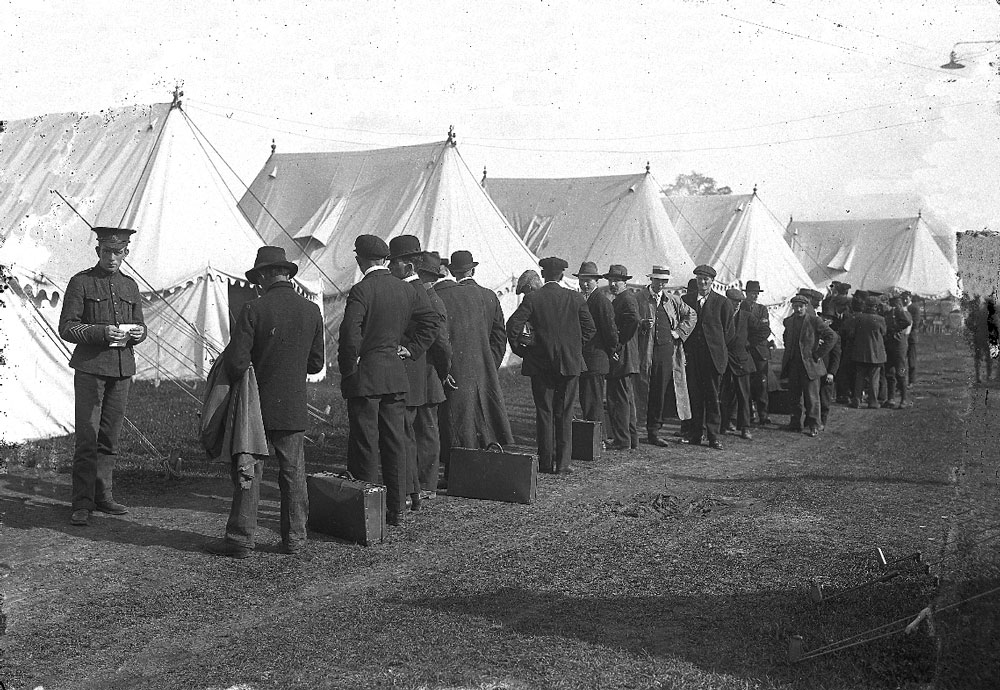 After the British declaration of war in August 1914, the country divided into thirteen military districts responsible for recruitment and provisions including bedding and uniforms. Wolseley Barracks became the headquarters for Military District No. 1, a recruitment centre, where men enlisted in the Canadian Expeditionary Force (CEF) for service overseas. Various units, such as the 33rd and 18th Canadian Infantry Battalions were formed here, not to mention the 142nd Canadian Infantry Battalion the only one consisting entirely of Londoners. According to the London Free Press, over 48,000 troops were recruited in the city and initiated in army drill on the grounds surrounding Wolseley Barracks. Musketry training was held at the Coves Rifle Range on Springbank Drive.

The Western University was also essential for both recruitment and medical purposes. In April 1916, the war office informed the university that it would accept a stationary hospital, after declining the school’s first offer in 1914. The No. 10 Stationary Hospital, comprising 400 beds, fourteen male officers, twenty seven nurses, and 118 other ranks was created. In August, hospital members and the band of the 142ndBattalion gave an enthusiastic send off to the Stationary Hospital staff as they deployed for England.

London, ON, in 1914 New Economic Realities