Monuments and memorials come in various forms approaching the act of Remembrance from different angles. Some promote collective grief, while others have a religious connotation. Small, personalized memorials appear more frequently in churches, schools, or business places. It was common for corporations to honour members who participated in the war at their sites, while larger monuments appear in public spaces, interior or exterior. 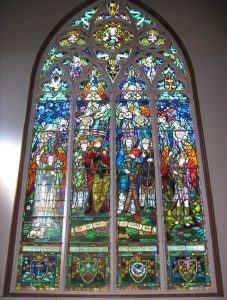 Commemoration in London began long before the war came to an end, as poems published in the local newspapers. Heart wrenching lines evoking a soldier or another recently lost in battle are not uncommon in local or national newspapers. Such poetry was written by mothers, wives, relatives or friends. One of the earliest forms of commemoration, these acts of remembrance existed at the threshold between the public and the private. Schools, churches, and workplaces brought on display honour roles and plaques dedicated to those who joined the war. Some communities, such as the one at London Central Secondary School, commissioned elaborate brass plaques with inscriptions of biblical verse and decorative motifs. Others, such as the one at Wortley Road Public School, produced simple, framed, paper honour rolls. Other communities chose different ways to recognize their heroes, living or dead. Often, church communities raised massive sums of money to purchase and dedicate grandiose objects to the men and women of their congregation who served. All Saints Anglican Church purchased and dedicated a massive pipe organ, and altar, in honour of the fallen, both of which remain in use today. Stained glass windows were another popular form of commemoration in churches across the city, for example Bishop Cronyn Memorial Church, First St. Andrew’s, and St. John the Evangelist.

Unlike the memorials above-mentioned, easier to produce and allowing for individual enthusiasm, if not fantasy to be expressed, the public memorials called for much debate as to their designation, aesthetics or location. With a limited choice between ‘living’ or symbolic, these memorials were meant to be a continuous presence in everyday life while promoting Remembrance through their use. 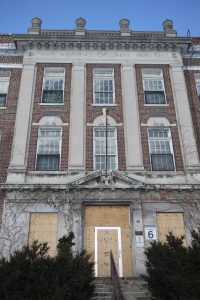 Another monument that today seems to be the mandatory public structure for remembering the war sacrifices every November 11, is the city Cenotaph. A permanent structure was not unveiled until 1934, following many years of heated discussions over location, construction, materials, and ownership. Eventually, it was decided that a ⅓ scale version of the Cenotaph in London, England, will be built in London, ON, in Victoria Park.