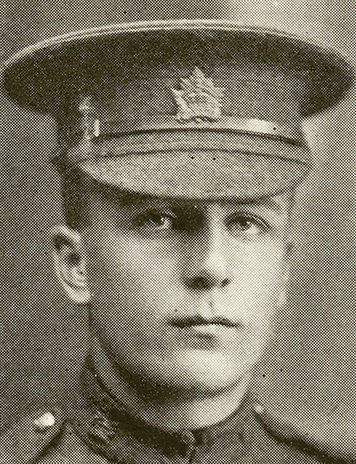 Phillips worked as a bank clerk in London, ON and lived at 169 High Street. He enlisted with the 142nd Canadian Infantry Battalion in May 1916. On 2 February 1917, Private Phillips was appointed as Acting Lance Corporal and later that month reverted to Pte. He joined the 18th Btn. while in the field, on 26 May 1917. Pte. Phillips died in France on 21 August 1917 when a shell exploded on the side of the road.

He is commemorated on page 309 of the First World War Book of Remembrance (Memorial Chamber, Peace Tower, Parliament Hill). 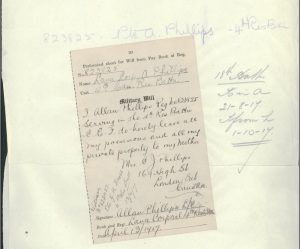