The City of London, ON, was no exception to the heavy tribute paid by Canadians at home for the war fought overseas between 1914 and 1918. Topography of Grief. Mapping Great War Dead in London, ON (1914 – 1921) explores themes such as collective memory and grief in the aftermath of the First World War. Our virtual exhibit is trying to highlight the more personal experience of loss by featuring individual homesteads and artefacts that families kept safely over the years.

Recent research in Library and Archives Canada database Personnel Records of the First World War, more precisely the Attestation Papers signed by those who volunteered to enlist in the Canadian Expeditionary Force (CEF), revealed 343 addresses for next-of-kin in London, ON. As many residences might have been houses in mourning between 1914 and 1921 because their loved ones sacrificed themselves at the front. In the following two decades, old comrades in arms, families and neighbourhoods were forced to confront the loss of loved ones. Communities depleted of their men and women, came together as a solid network of support to commemorate the dead or honour the survivors.

The large majority of these individuals were declared missing or killed in action starting in 1914, but for some, although deceased after 1918, when the war ended, the cause of their death may be attributed to consequences of fighting in the European theatre. The official casualty lists closed around 1921 and the “missing in action” mentions were changed to “killed in action” in many personnel records only at this time.

It was necessary to revisit the number of next-of-kin addresses in order to meet the Community Stories requirements for the size of the project. Only 95 addresses were selected in the end. The remaining almost 250 addresses are an open invitation for a future project, perhaps scholastic in nature, allowing more room for historical analysis, but also for meticulous research as to the relations between the individuals and their next-of-kin or the particular “special case” exceptions that usually come with wider numbers.

The Royal Canadian Regiment Museum at Wolseley Barracks, London, ON. 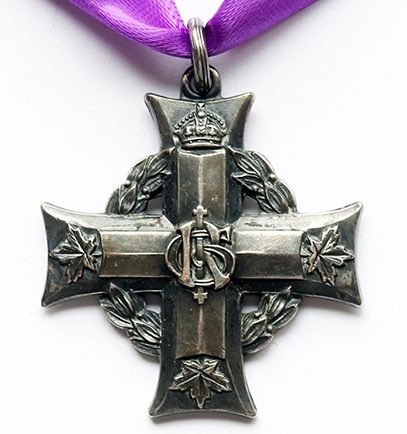