At the beginning of the 20th century, the village of Rivière-Bleue was expanding rapidly. Located in the southern part of Témiscouata, the economy at that time was based on the lumber trade. The years following the First World War were in fact marked by a real forestry boom, so much so that the population of Rivière-Bleue surpassed 1,800 inhabitants.

At the same time the United States passed the Volstead Act, marking the beginning of North America’s dry regime. This law, among other things, prohibited the manufacture, sale and consumption of alcohol. In Canada, almost all the provinces passed laws in favour of Prohibition between 1915 and 1918. The majority of Canada, with the exception of Quebec, became dry.

With the proximity of the New Brunswick and Maine borders, and the presence of the railway, Rivière-Bleue became a prime location for alcohol smuggling. Alfred Lévesque understood this and went on to become one of the most famous smugglers of his time, leaving his mark forever on the history and collective imagination of Rivière-Bleue! 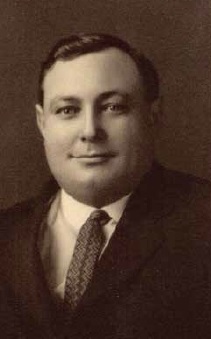