RADAR is short for RAdio Detection And Ranging. It is a system that uses radio waves to detect the presence, position, and speed of distant objects.  At first the British called it Radio Direction Finding (RDF). The United States Signal Corps, who worked on these systems for the Navy, created the acronym “radar”.  Britain and Canada started using the word in 1942. 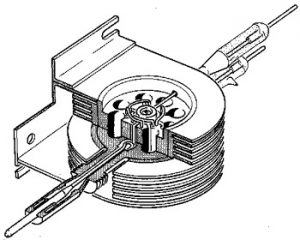 Technical drawing of a cavity magnetron, an invention that revolutionized radar

Britain and Germany both began their radar research in the 1930s. They based their new research on radio and electronics experiments that started in the early 20th century. Inventors like Telsa, Butement and Pollard had been working with radio and pulsed modulation to detect ships and other metal objects, which did not attract much interest prior to World War II.  The British and Americans were not the only ones experimenting with radio waves. Japan, the Soviet Union, the Netherlands, France, and Canada were also working with the technology.

With tensions in Europe increasing in the mid-1930s, interest was renewed in these experiments. In January 1935 the first meeting of the Committee for the Scientific Study of Air Defense (CSAD) was held in Britain, where methods of radar tracking were tested. Scottish scientist, Robert Watson-Watt, was one of the participants and was a pioneering force behind the British use of radar. Watson-Watt and several other scientists helped created the Chain Home system, an early warning system on the English Channel, which would become instrumental in British defense during the Second World War.

Post war, work on radar technology slowed somewhat. There was a revival in the 1980s-2000s, and now radar systems and technology are used in thousands of ways in modern society. Most people are only aware of a few—like radar to guide and track airplanes, or to catch speeding drivers. One of the more common uses of radar is to help predict the weather. 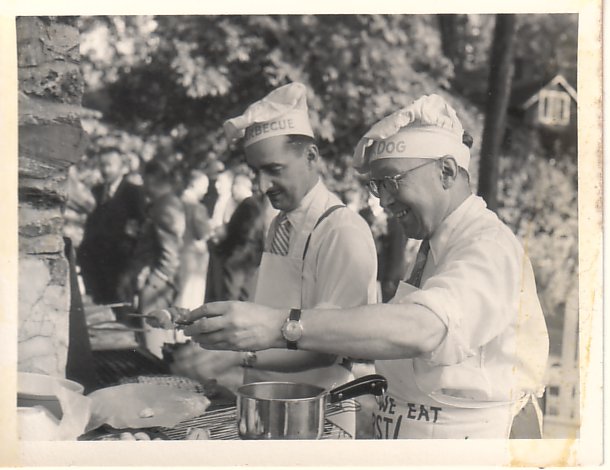 The military began work on Britain’s Radio Direction Finding network in March 1936.  It consisted of 20 stations dotted along Britain’s southeast coast. Each station had a 350 ft. (106.7 m) tall transmitter tower and two 240 ft. (73.2 m) receivers, all pointing across the English Channel.

The first stations saw incoming aircraft up to 80 miles (128.7 km) away. Officially known as AMES Type 1 (Air Ministry Experimental Stations), most people knew them as the Chain Home (CH). Eventually, the network would encircle Great Britain. 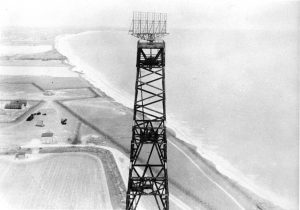 By the time war broke out in 1939, scientists had found a few flaws in the CH system. These included: limited height-finding, signal echoes off of hills, and no way to tell if an aircraft was “friendly”. Eventually they found a solution for each problem.

The biggest flaw in the system was that planes could fly under the radar (i.e. lower than about 275 m). To fix this they added a second set of stations, called Chain Home Low (or AMES Type 2), to catch low-flying planes. Together the stations helped warn Britons about enemy air attacks, likely saving countless lives.