Photo montage created by Maya Hirschman; all photos from the collection of the Secrets of Radar Museum.

Can you imagine saving the world and keeping it secret for 50 years? Thousands of Canadian men and women who served on radar during the Second World War didn’t need to imagine—it was their life.  They took their oath of secrecy to heart. Many kept the secrets from family and friends, some never got the chance to tell their story before the Official Secrets Act expired in 1991.

These men and women were radar mechanics, operators, teachers, physicists, researchers, and manufacturers.  Historians wrote some of the most important works on the war while the stories of radar personnel went untold and unrecorded.

Radar is the process of using radio waves to detect objects, and was used to track aircrafts, ships and submarines in the Second World War. While, radar was instrumental in helping the Allies [Canada, United Kingdom, United States, France, and the Soviet Union], it was also used by the Axis powers [Germany, Japan, and Italy]. These technological developments were so vital, that secrecy was enforced to protect the war effort, and was maintained until 1991.

Although this exhibit focuses on Southwestern Ontario, Canadian radar personnel came from all over the country.  The story of wartime radar stretches across Canada, from coast to coast. This exhibit hopes to emphasize that ordinary men and women played a critical part in the outcome of the Second World War.  Radar also informs the technological and scientific development of the 20th century.

After the Second World War, radar technology continued to adapt and be used internationally. Radar continues to be a part of our every day lives, and most of the time we aren’t even aware of it.  Radar has been used for air travel, weather tracking, microwave technology and more.

To tell Canada’s radar story we chose to present this exhibit as a series of fictional documents.  You will find letters, diary entries, and articles. While none of these were written by the people themselves, all of the information in them is based on reality. Click on the button button to continue with this exhibit.

The fictional documents in this exhibit are based on archival materials from the Secrets of Radar Museum.  Visit the museum’s website http://secretsofradar.com/ 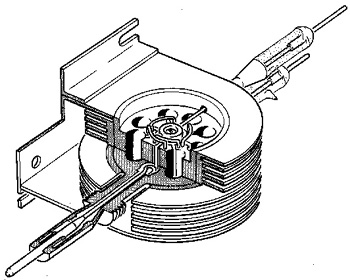