For some, the Auditorium is just a local arena. For others, it is much more than that, it’s a sports temple! Its mission: to present various sports events and not only hockey!

From competitions between strongmen to the “Budo Show”, to kickboxing and synchronized skating, the Auditorium saw a number of sports disciplines pass through!  Most of the time, the arena was filled to capacity. It should be mentioned that Verdunites just love thrilling moments; besides, the Auditorium did too! It loved to see the best strongmen in Québec make its walls trembled, tossing a 56 lb (25 kilograms) rock, lifting a platform, carrying a wheelbarrow and running with a bag of sand. It rejoiced on seeing Verdunite Jean-Yves Thériault, “The Iceman”, the living legend of kickboxing, sent his opponent down to the floor with solid lefts to the head. Such pride it was to host the world’s masters of martial arts, there to present judo, karate, taekwondo, wushu, aikido and jiu-jitsu, for only the second time in North America! During these demonstrations, the Auditorium was privileged to witness the feat of human legs breaking twenty blocks of ice!

The Verdun arena didn’t only play host to sports championships; it also welcomed gatherings. From its very first years, organizers of events saw the arena as an ideal place to celebrate Canadian sports achievements. On March 10, 1947, the Auditorium acclaimed Barbara Ann Scott, the first Canadian athlete to win a Gold Medal at world championship games, in any sport. Listen to an excerpt from a radio broadcast of the figure skater at the ceremony in Verdun: 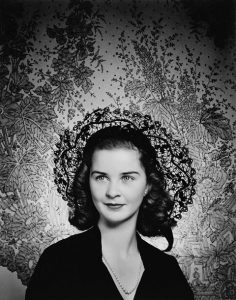 In 1976, the Auditorium was blessed with the greatest honour of all: it was chosen as one of the stops along the Olympic torch relay route. For the occasion, dozens of employees polished each of its nooks and crannies. It had no choice, as some 10,000 people, elected officials and dignitaries walked through its doors.

Ceremony at the Verdun Auditorium, leading up to the Olympic Games

Despite the passing years and the construction of new arenas on the island of Montréal, the Auditorium is still a very special sports venue today.